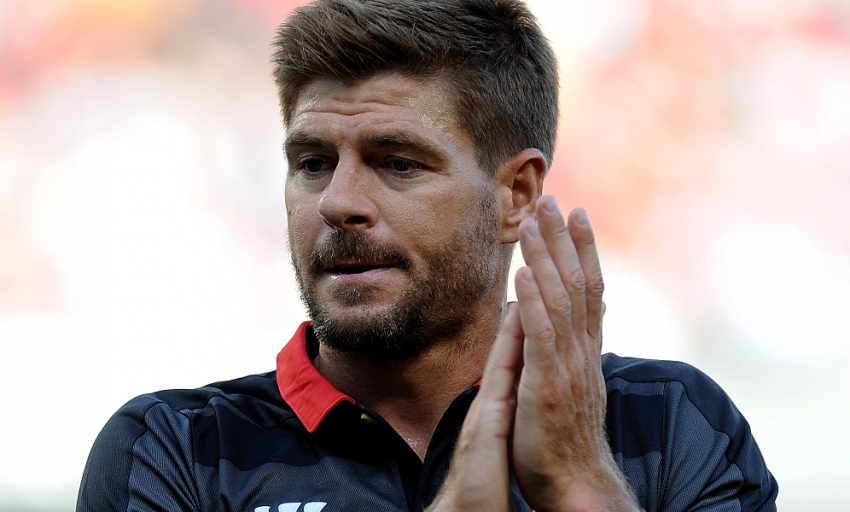 Video: The Reds work out at Princeton

Steven Gerrard has spoken of his determination to lead Liverpool to future success after a frustrating end to the previous campaign with club and country.

After going so close to winning the Barclays Premier League title, followed by this summer's World Cup disappointment with England, Liverpool's inspirational No.8 is determined to bounce back as strong as ever.

As the Reds prepare to face Manchester City at the famous Yankee Stadium in New York, Gerrard took time out to express his gratitude to the support he has received from family, friends and Brendan Rodgers.

Gerrard said: "You get a support network around you of the people you are close to. That's been the case since day one - people who have watched me since before I made my debut. They are always there for me. They always will be.

"I also have an unbelievable manager who is brilliant with me.

"The level I play at for Liverpool and England means it can be a cruel game. It's not always going to be celebrations, smiles, highs and winning things and stuff like that.

"When you're fighting for things at this level there are always going to be downs and heartbreaks and disappointments, and the last three months have been a massive disappointment.

"If you are a Liverpool player and a Liverpool fan, you give it everything you have got every time you go out to try and be successful. It is not always going to be great. You have to go through tough times.

"Unfortunately, I have had that tough time at club level at the end of the season and then I have gone into a World Cup hoping that it was going to go really well to help me get over it. But it backfired.

"I have had two massive unbelievable lows in a short space of time, so it is a good test for me this season. Can I hit form after that? I believe that I can."

Gerrard remains confident this can be a successful season for the Reds, as they make a welcome return to the Champions League, and will be trying his hardest to make the 2014-15 campaign one to remember.

He added: "We have to try to win the league and progress in the Champions League - there are massive games to look forward to.

"When you're captain of the team and the group, you can't afford to be down and feel sorry for yourself or mope around.

"Everyone in this group of players looks to me to see what sort of mood I'm in, to see how I am behaving around the place moving forward, so I have to shake it off pretty quick.

"Every time I speak to the media it's going to be mentioned and that's the only time I think about it really.

"I appreciate how big it is when you go out of a World Cup, when you fall short, after going to close in the Premier League title race. I understand it's going to be on the agenda very time you speak to the media, but I have to move on from it quickly too.