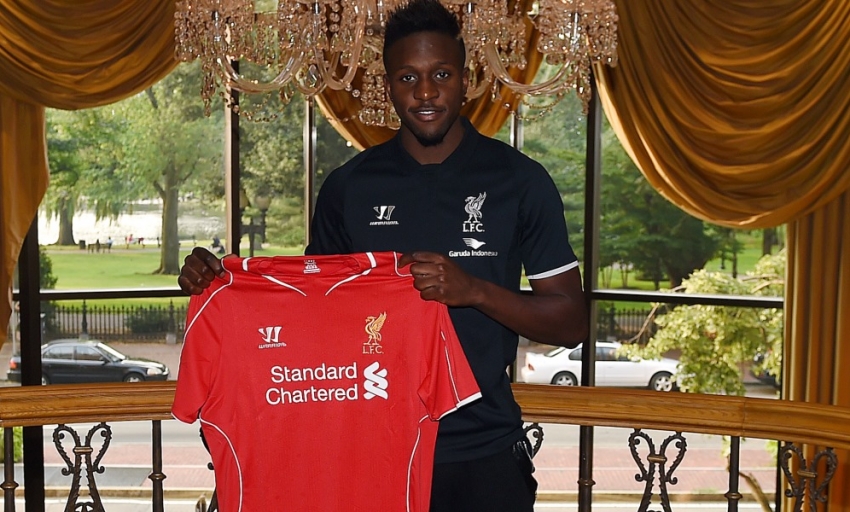 Brendan Rodgers believes Liverpool have secured one of the brightest young talents in world football in the shape of Divock Origi.

The 19-year-old put pen to paper on a long-term deal with the Reds at their team hotel in America, and he'll return to Lille to spend the 2014-15 season on loan with the French club.

However, Rodgers is confident Liverpool will reap the long-term benefits of signing a player he feels can 'light up world football'.

He told Liverpoolfc.com: "For me, he can be one of the most exciting talents in world football. I genuinely believe that.

"You see a lot of good players, but this kid - for 19 years of age - he burst onto the scene at the World Cup, but we'd tracked him before that, we'd seen him as a young player playing in the youth internationals. He has everything to be world class.

"He's super fast, has a wonderful touch, he's a good size and is aggressive. What I like, and what I have in other players, is that humility to work hard.

"I've seen enough of him over the course of the last couple of seasons to think this is a kid who, coming into the right environment, can genuinely be world class.

"He will go back to Lille and play there for the season on loan, but by signing him, we'll have a wonderful player - not only now when he comes in next season, but also in the future.

"He can light up world football, for sure."