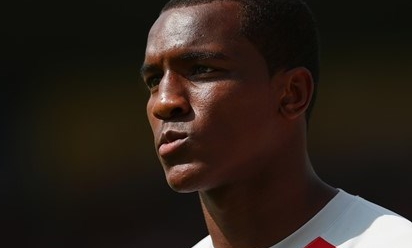 Rodgers on Rickie, Preston and tour

Brendan Rodgers has revealed it is likely that Liverpool defender Andre Wisdom will shortly seal a loan switch to Barclays Premier League side West Bromwich Albion for the duration of 2014-15.

The 21-year-old was in action for the Reds as they fought back to overcome Preston North End 2-1 in a pre-season friendly encounter at Deepdale today.

After the final whistle, the boss provided details on a possible forthcoming move for the versatile Englishman, who spent a productive campaign in the Championship last season.

"After today, Andre is going to go on loan to West Brom," Rodgers told Liverpoolfc.com. "He had a very successful period at Derby last year, he did very well under Steve McClaren.

"He now has the opportunity to go to another very good coach in Alan Irvine, who I know from my youth days. He is an excellent coach and West Brom are an excellent club.

"West Brom have been a rising club for the last few years in the Premier League. He'll go there and it will be another chance for his education and development to continue.

"He'll join up with them sooner rather than later and spend the season there on loan. That will be another step for him in his development, playing regularly in the Premier League."