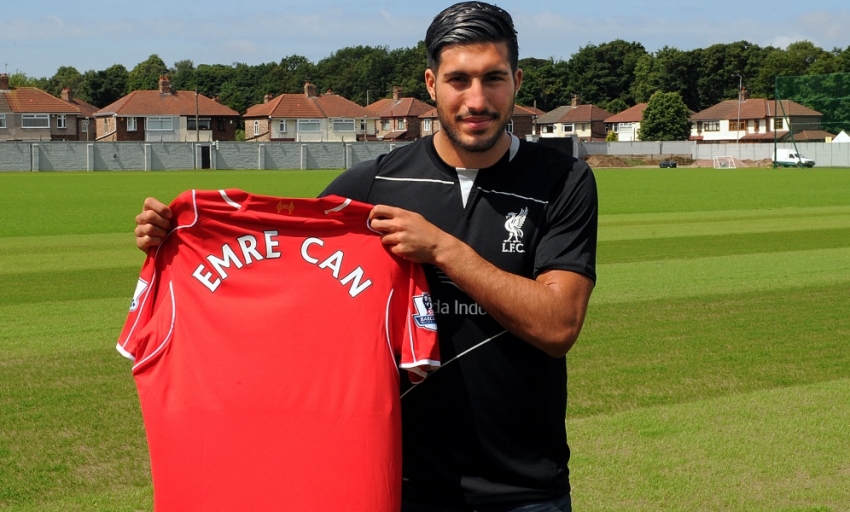 Brendan Rodgers is thoroughly looking forward to the chance to further nurture the 'exciting young talent' of Emre Can after the 20-year-old midfielder today completed his transfer to Liverpool.

Following the agreement of a deal in principle last month, the German youth international has sealed a switch from Bayer Leverkusen to become the Reds' third signing of the summer.

The manager shared his delight with Can's decision to continue his development at Anfield, where numerous talented youngsters have thrived under Rodgers' tuition in the past two seasons.

"Emre is an exciting young talent and I'm delighted he's chosen Liverpool for the next phase of his development and growth as a player," Rodgers told Liverpoolfc.com.

"He has recognised that we are a club that improves and nurtures exciting, ambitious players and I'm looking forward to seeing him take those next steps forward for us."

Can follows Rickie Lambert and Adam Lallana through the Melwood doors during the current window, as Rodgers fine-tunes his squad for Champions League football in 2014-15.

The versatile midfielder featured in Europe's elite club competition for Leverkusen last season and the boss revealed that he has personally been following the player's progress for some time.

Rodgers added: "We have tracked his progress for some time and I have been impressed with his attitude and qualities when I have seen him play both in the German Bundesliga and the Champions League.

"He has many of the attributes we look for; charisma on the football pitch and courage to want the ball and make things happen."