Liverpool Football Club was named Merseyside's Carbon Champion of the Year at the Echo Environment Awards in a special ceremony on Thursday night. 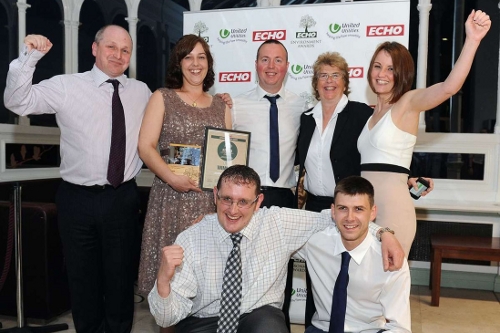 The club impressed the green panel of experts with its ambitious, high profile environmental initiative, which is aptly named 'Reds Going Green.'

The initiative, which was created in 2012, not only improved the club's energy efficiency but also demonstrated an ongoing commitment to reduce carbon emissions to the 1.2 million visitors to the club each year and the local community.

Since its inception, 'Reds Going Green' has changed the overall culture of energy consumption at the club, which has now become embedded in all areas of the business.

To help implement good practise and new ways of working to support the initiative, the club set up the 'Reds Going Green' steering group, which consists of 10 members of staff from across the club.

Andrew Parkinson, operations director at Liverpool Football Club, said: "Being awarded with the Carbon Champion of the Year Award is a fantastic achievement for everyone at the club who has committed to the 'Reds Going Green' initiative over the past two years.

"It demonstrates the drive and commitment out staff have to make every part of the business as green as possible.

"The club will continue to build on the success of the 'Reds Going Green' initiative and strive to achieve further reductions across the business as well as investing in other key areas such as water consumption and waste management."