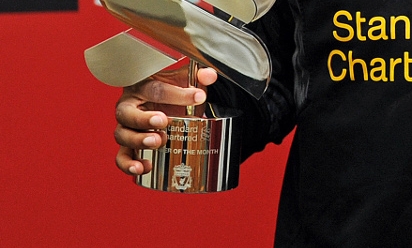 Raheem Sterling's stand-out performances throughout April have been rewarded with the Standard Chartered Player of the Month prize, as voted for by Liverpool supporters. 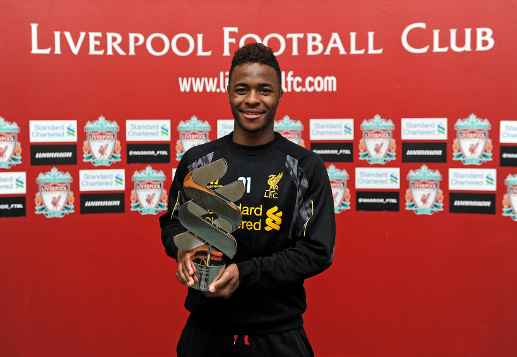 The Reds made it three wins out of four and Sterling continued his fine progress; firming up his status as one of the first names on the Reds' team-sheet with a series of blistering displays.

The 19-year-old began the month by turning in a solid performance as Brendan Rodgers' side edged past West Ham United at Upton Park to clinch a ninth consecutive league victory.

Next up for Liverpool was Manchester City at Anfield - and Sterling's impact in the tie was immediate and ruthless. Shimmying one way and then another in the box, he squeezed the ball beyond Joe Hart to open the scoring in the sixth minute on a memorable afternoon.

Norwich City beckoned at Carrow Road for the Reds and once again Sterling was at the peak of his powers. Five minutes in, he let fly with a thunderous effort to make it 1-0. He then supplied Luis Suarez for the second, before netting the decisive strike himself in a pulsating 3-2 victory over the Canaries.

Despite Sterling's best efforts, Liverpool were unable to extend their winning run to 12 games after Jose Mourinho's Chelsea stifled the Reds on home turf to clinch a sobering 2-0 victory on April 27.

However, having triumphed ahead of Steven Gerrard, Luis Suarez and Philippe Coutinho in a poll on the club's official Twitter account, @LFC, the No.31 was presented with the award at Melwood on Thursday.

Upon receiving the trophy, Sterling told Liverpoolfc.com: "When the fans appreciate what you've been doing on the pitch it's a real boost for you. I'm really grateful to be the fans' pick this month and I'm very happy to receive the award.

"In terms of my best game in April, I would say the team win against Manchester City was a real big game for us, so I would say as a collective, that was a really good win. To get on the score-sheet makes it the best game of the month for me." 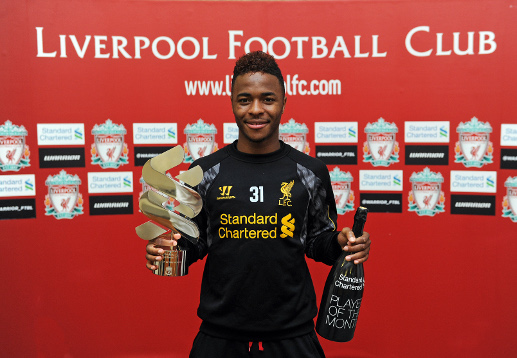