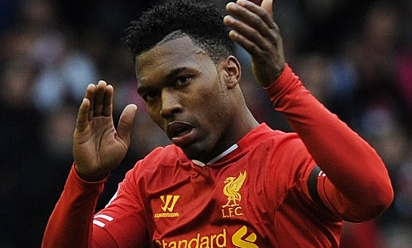 Brendan Rodgers admits Liverpool will need to assess the fitness of Daniel Sturridge ahead of the trip to Norwich City this weekend – though his injury is not considered serious.

The striker is undergoing a treatment programme at Melwood after a scan detected a small hamstring strain.

Rodgers told reporters in his pre-match press conference: "He may struggle for the weekend.

"It's not too serious and won't keep him out for too many weeks, but he may be out for the weekend.

"We'll assess it more over the next couple of days, but that's how we're looking at it at the moment."

Rodgers added: "He may well make a real good recovery over the next few days and be ready for the weekend.

"At this moment in time we're just assessing him and seeing how he goes because he does recover very quickly. Before the first game of the season, he'd only played 45 minutes of football before he played and scored the winner [against Stoke].

"It's certainly not as serious as what sometimes a hamstring injury can be."