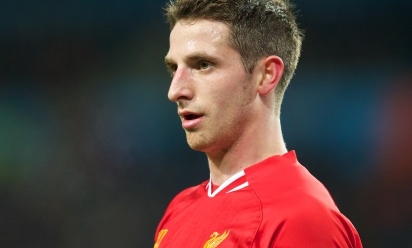 Analysis: A case for the defence

The level of Liverpool's performance at the Emirates Stadium despite suffering FA Cup elimination on Sunday is one that few other teams could match, according to midfielder Joe Allen.

Brendan Rodgers' side were narrowly defeated in their fifth-round encounter against Arsenal despite mounting huge pressure in an attempt to recover from a two-goal deficit in North London.

After Alex Oxlade-Chamberlain and Lukas Podolski had struck to hand the hosts a healthy advantage, Luis Suarez won a spot-kick midway through the second period which Steven Gerrard planted home.

An equaliser eluded the Reds during the time that remained, but there was a sense of positivity from all involved post-match; Allen, for example, would be happy with 12 similar displays to end the season.

The Welshman said: "We created some great chances, which was a positive to take from the game. I don't think there are many teams who will go to the Emirates and give them a game like we did.

"It didn't quite happen for us in the final third, but to come to the Emirates and play like that against a very good Arsenal side is a massive positive. Despite losing the game, if you play as well as that then nine times out of 10 you are going to win football matches.

"That's the positive we take from the tie - the performance. We were bitterly disappointed to be knocked out of the cup and I'm sure the fans travelled home very disappointed.

"But our performance level against a good Arsenal team holds us in good stead for the challenges ahead. Our league form was very good before the cup game and we've got to get back to that. We've got 12 big league games to go and there is everything still to play for this season.

"It's one of those defeats where you can't really analyse what went wrong from our point of view. We were very unfortunate to get knocked out of the cup like that but now we have to move on from that."