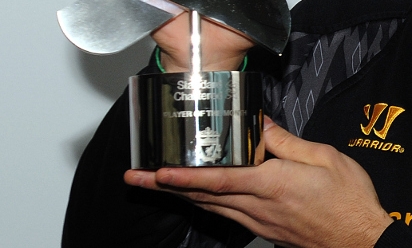 Luis Suarez has been voted Liverpool's Standard Chartered Player of the Month by fans for the fourth consecutive month. 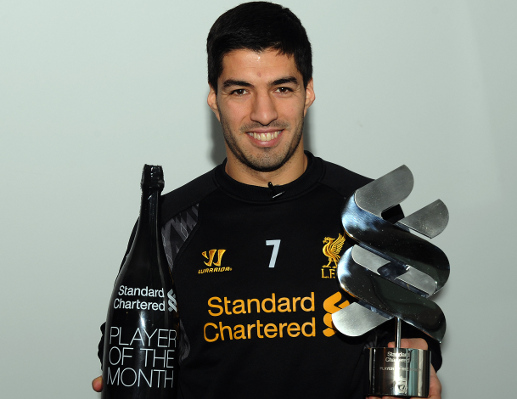 The Uruguayan collected the award at Melwood for his performances in January, during which he fired four goals in six appearances.

He began 2014 with a bang by netting a stunning free-kick on New Year's Day against Hull City.

Suarez followed that up with a brace in Liverpool's pulsating 5-3 victory over Stoke City at the Britannia Stadium on January 12.

To wrap up the month, our No.7 netted a sensational effort in the 4-0 Merseyside derby win against Everton - collecting the ball inside his own half and racing towards goal before finishing with trademark aplomb.

In a vote held on Liverpool's official Twitter account, @LFC, Suarez was the clear winner for the fourth month running - and the No.7 was presented with his prize at Melwood.

Upon being presented with the accolade, he told Liverpoolfc.com: "Thank you so much to the fans for voting for me.

"January was a great month for me, and I hope to be able to continue to help the team."