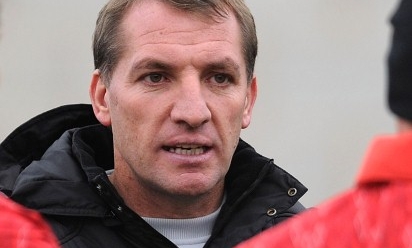 Brendan Rodgers has welcomed the challenge of meeting Arsenal in the fifth round of the FA Cup and pledged that Liverpool will journey to North London next month believing they can progress.

Sunday's draw for the next stage of the competition paired the Reds with the in-form Gunners, who were 2-0 victors when the two sides met at the Emirates Stadium in the Barclays Premier League earlier in the season.

In providing his immediate reaction to the fixture, the Northern Irishman highlighted the important games on the schedule beforehand - but also shared his excitement regarding a heavyweight match-up.

"They'll have focus on other games as well around that period. For us, we've got a few important games to take on before that.

"But we'll arrive there in the belief that we can win. That's something that, when the time comes, our focus will be to get into the next round."

The FA Cup encounter will quickly follow a Premier League rematch at Anfield, with each clash an opportunity to gain revenge for the reversal Rodgers' charges suffered at Arsenal last November.

"We weren't at our best that evening - Arsenal deserved to win it," he added.

"It's interesting the way the fixtures have panned out; we play them here in the league and then a week later we'll play them in the cup."