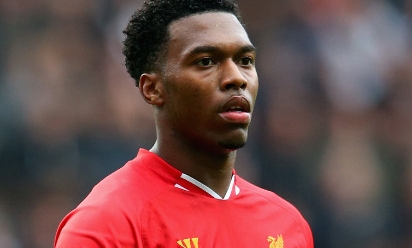 Daniel Sturridge was completely oblivious to the fact that he had impressed Liverpool boss Brendan Rodgers with an outrageous piece of skill seven years before the striker actually signed for the Reds.

Rodgers has been rewarded with 22 goals in 30 appearances by the No.15 in the 12 months that have followed, with Sturridge forming one half of a lethal partnership with Luis Suarez.

The 24-year-old, who has talked extensively about his positive relationship with the manager, also recently discovered that Rodgers had been scouting the forward many years before.

He told FourFourTwo magazine: "I first met him when I was at Manchester City and we played his Chelsea team in the Youth Cup.

"We beat them, so I've had a good time reminiscing with him about that! He also surprised me recently because he talked about a game when I was 16 and I scored against them from the halfway line.

"I hadn't realised he was in the opposition dugout at the time. It's nice that I was on his radar at such an early stage.

"He's a great man on and off the pitch. He is tactically sound, pays attention to every detail and knows his players inside out.

"He studies the opposition extensively and gives a lot of emphasis to the mental side of things. I'm so thankful to him for showing belief in me.

"He was a massive influence but the biggest reason I came here is because Liverpool are an unbelievable club with great history." 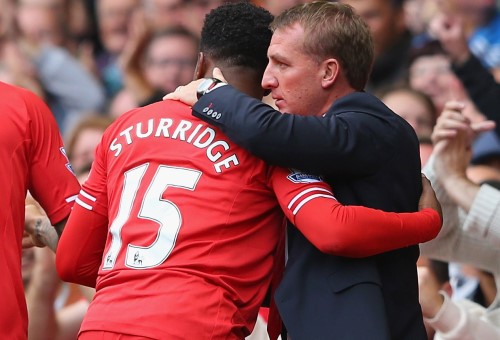 Expanding on his decision to swap Stamford Bridge for Merseyside, Sturridge explained how the opportunity to become a Liverpool player was one he wanted to take as quickly as possible.

"When you add to that the incredible fans and world-class players, it was an easy decision," he continued.

"It wasn't a case of 'Should I go?', it was more like 'When can I come?'. When they put the bid in for me I was just thinking about getting myself up the motorway as fast as possible!

"I was ready to go and wanted to further my career. I needed regular football and I wasn't being given that, particularly in what I feel is my best position.

"When Liverpool came knocking there was only one outcome. I think you can see how much I love being here and we're all excited about the direction Brendan is taking us. At Liverpool I feel important to the team."

A 2-0 victory over Hull City on New Year's Day lifted Liverpool back into the Premier League top four, while Rodgers' charges saw off Oldham Athletic to reach the fourth round of the FA Cup.

Sturridge believes a number of contributing factors could allow the Reds to claim Champions League qualification, while his individual ambition is simply to improve on his already encouraging form.

"It would be great to secure a return to the Champions League. It's four seasons since Liverpool were last in it and that's too long," Sturridge concluded.

"It's unique with so many new managers trying to impose different ideas on their teams. There have been some shock results and it's a very interesting league right now.

"We had a good start and we want to build on that. Some say a lack of European football could help us and maybe that does give us a slight advantage in terms of freshness.

"I think it could benefit us in the long run and, God willing, we'll be up there in May.

"On a personal level, I want to keep working hard and look to improve. I'm not going to set myself any crazy targets.

"If I can keep developing my game and get a place at the World Cup, I'll be delighted. That would be an amazing achievement.

"When you consider where I've come from since last January, it'd be brilliant to be on that plane to Brazil."