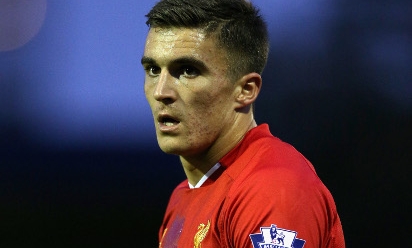 Liverpool Football Club have confirmed that Adam Morgan has joined Yeovil Town on a permanent deal.

The 19-year-old striker made the switch to the Glovers on loan in November, and has now signed a two-and-a-half-year contract with the club.

Speaking about the move on his official Twitter account, Morgan wrote: "Thank you for all the messages off LFC fans, [it] means a lot to me.

"I spent so much of my life at Liverpool and loved every minute - the ups and the downs.

"Liverpool is always the team I will love and support, and always where my home will be, but it's time for me to show what I can do at my new club.

"I am really looking forward to what I hope to be a huge stage of my career."

Morgan progressed through Liverpool's Academy before being handed his break in the senior side by Brendan Rodgers at the start of the 2012-13 season.

In total, the forward made three first-team appearances for the Reds.

Everyone at Liverpool Football Club would like to wish Adam all the best for the future.