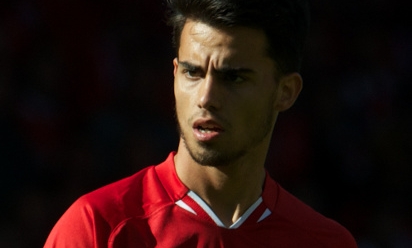 On-loan midfielder Suso believes he is reaping the rewards of a temporary move he requested during the summer – but the Spaniard still retains long-term ambitions of thriving in the Liverpool first team.

The 20-year-old achieved a breakthrough in his fledgling Anfield career last season, making a senior debut in the Europa League and being selected for 20 appearances in total by manager Brendan Rodgers.

Aware of the necessity to rack up as many games as possible at this stage of his development, Suso gratefully accepted an opportunity to spend a campaign in his home country with La Liga outfit Almeria.

It's a switch which the playmaker expects to benefit both parties, particularly if the Spanish youth international can subsequently return to Merseyside and establish himself fully under Rodgers.

"There was a possibility to come here and play one year on loan from Liverpool," Suso explains in the latest episode of #LFCWORLD.

"It was a good chance for me to show everyone that I could be a good player and an important player for Liverpool. I was really happy to come back here, I had never played in the First Division in Spain - I wanted to try.

"Liverpool wanted me to stay; they didn't say I had to go on loan. But I know there are a lot of good players at Liverpool, maybe I wasn't going to start games. I am young - the most important thing right now is that I have to play.

"There was a chance to come here and I was happy, the club were as well. They said it is a good chance to show I can play football at a professional level.

"For young players, the option of going on loan somewhere is a good thing for everyone. You have to learn, you have to improve and you have to play football.

"Every morning I want to learn. I know I'm still very young. The manager here is really good; he likes young players and likes us to play with the ball - that's the best for me.

"My best things are with the ball. When I have the ball is when I can damage the other team. But my best thing is that I want to learn."

The Reds' No.30 joined the club's Academy in the summer of 2010, as compatriot Rafael Benitez handed over the managerial reins to current England boss Roy Hodgson.

At just 16, Suso had a number of choices when leaving Cadiz - Spanish giants Barcelona and Real Madrid among them - but expected Liverpool to be more beneficial to his progress.

"I wanted to live in England, try the experience and learn the language - for me, that was really important for my life as well." 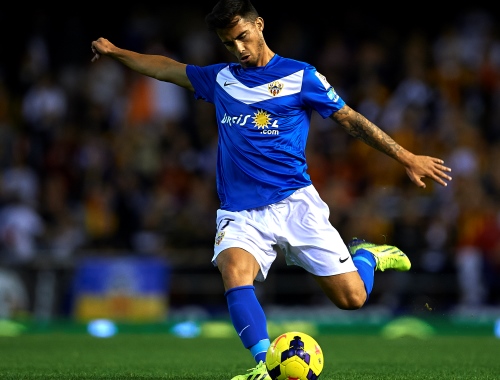 Just three days later, he enjoyed his first 'beautiful experience' of Anfield, entering the action against Manchester United as a substitute and impressing with a 45-minute cameo.

"I made my debut in the Europa League, away against Young Boys. It was really good, really exciting to play in European competition," he recalled.

"In the Premier League, my debut was against Manchester United at home; I remember I came on in the second half, after 45 minutes. Jonjo Shelvey got a red card and on the bench was me, Nuri Sahin, Jordan Henderson and Stewart Downing.

"The manager asked me to warm up. I looked around me and was like 'Me?' I was warming up and when I got into the dressing room at half-time, he said I was going to come on.

"I was really nervous and my legs were shaking, to be honest, but once I got onto the pitch and started playing, it was the most beautiful experience."