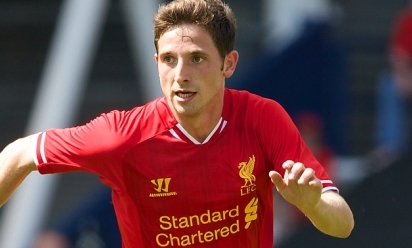 Liverpool midfielder Joe Allen is striking a balance between patience and an ongoing determination to earn himself a place in Brendan Rodgers' team.

The Welshman's start to his second season at Anfield was stalled by a hamstring injury suffered against Notts County in the Capital One Cup at the end of August.

He has therefore been limited to four appearances during 2013-14 and a watching brief from the sidelines as the Reds have quickly established themselves in the upper reaches of the table.

Fit again, though, Allen is back in the Wales squad for their international friendly against Finland on Saturday. And he'll return to Merseyside with hard work on the agenda.

The 23-year-old said: "I'm working hard and waiting patiently for my chance, but Liverpool is a massive club and we are having a great season.

"The competition for places is really good and you want that at a top club, and I have to work as hard as I can to get back into the fold.

"Hopefully with the momentum we are gaining now we can keep going and in an ideal world I would like to be a big part of that."