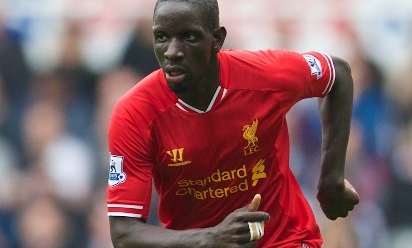 Ask Liverpool fans for an appraisal of Mamadou Sakho's opening six matches for the club and you are unlikely to hear much criticism – ask the man himself, however, and you will receive a different response.

The Frenchman's switch from Paris Saint-Germain colours to the bright red of Liverpool has proved seamless, with the 23-year-old starting every single match since his move was completed in September.

A powerfully-built defender, Sakho can boast pace and the ability to distribute possession too - the No.17 has recorded 91 per cent passing accuracy in his five Barclays Premier League appearances.

Nevertheless, he believes there is still more to come. "I'm not yet at 100 per cent, I'm progressing with each match that we have," Sakho told Liverpoolfc.com.

"I work every day at training sessions to progress and to achieve the highest level. It's logical that I would improve.

"When you arrive in a country you don't know, you have to learn quickly about the differences in the game and have to get on and adapt yourself to the qualities of your teammates."

Shortly after Sakho became Brendan Rodgers' seventh signing of the summer, the Northern Irishman altered his formation to one which includes three centre-backs.

The French international operates on the left of the defensive trio, with Martin Skrtel and Kolo Toure currently completing the set-up.

It is clearly a system Sakho is comfortable with; "It's not a problem for me," he reflected.

Such has been the defender's encouraging form in his short spell at Anfield so far, Sakho earned a recall to the French national team earlier this month.

Head coach Didier Deschamps introduced the former PSG man for the second half in their friendly victory over Australia - a meaningful acknowledgement to the Parisian.

He concluded: "Certainly it has made me happy to get my place back in the national team.

"I have to reach my own goals and I do everything to achieve those goals. I work every day and I'm super proud to be back with the national team that I'm a member of.

"One of the big goals for any player is to represent their country as well. I want to represent my country with pride, as all players would."