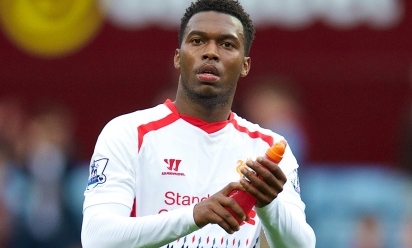 Daniel Sturridge's nimble footwork to unlock Aston Villa's defence on Saturday evening was reminiscent of one of the greatest dribblers in Liverpool’s history, according to Kop legend John Aldridge.

The striker displayed great composure to dance beyond several challenges in a crowded area before firing home to give the Reds a 1-0 victory at Villa Park.

Aldridge admits it was a moment of skill that had him recalling some of John Barnes' finest moments in a Liverpool shirt.

He wrote in his Liverpool Echo column: "Daniel Sturridge's dazzling footwork reminded me of a Liverpool legend in his prime. The way the Liverpool striker weaved his way through the Aston Villa defence at the weekend immediately made me think of John Barnes.

"Sturridge showed fabulous feet to score a fantastic goal and in the process give the Reds the win on Saturday evening.

"Philippe Coutinho didn't touch the ball but he was nevertheless instrumental in the goal as his dummy created the space for Sturridge.

"There was still plenty for the England man to do but the way in which he sent the Villa defence this way and that was tremendous.

"He even sent me the wrong way in the pub.

"And as I said, his footwork was magnificent and the highest compliment I can pay him is that it was a la Barnes.

"Daniel is very, very quick with his feet and clever with his movement - just ask Antonio Luna and Brad Guzan. I'm not sure many other strikers in the Premier League would have attempted to slalom through the defence like that.

"Many would have got the ball in the area and seen it as a chance to immediately pull the trigger. But not Sturridge.

"He is playing with so much confidence and is the type of player who can give you that something different."