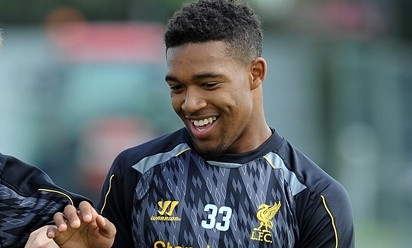 Frank McParland today described Jordon Ibe's promotion to the first-team squad as 'like winning a tournament' for the Liverpool Academy.

While he admits the presence of Ibe in the squad would have enhanced the likelihood of the youngsters returning home with a trophy, the bigger picture is about more than silverware.

"It's fantastic for us that we can't take Jordon Ibe," he told Liverpoolfc.com.

"Sometimes you think it would be great if you could take him on these trips because he could win you the tournament or at least play a big role in helping you win it.

"But at Liverpool Football Club - at Academy level - it's not only about winning tournaments.

"Don't get me wrong, every kid and every single person involved with Liverpool Football Club wants to win every game we take part in but we've won the tournament by him playing and being involved with the first team.

"That's the goal for every player at the Academy - making that step up to the first-team squad - and whilst Jordon is with Brendan, we've also got some really young players in the reserves now who could have come on this trip.

"It's better for their development to play at reserve level, though.

"There's definitely another six good players who would have qualified for this tournament in terms of their age but it's our philosophy to push the players through to the next level quite quickly when they are ready, so that's the most important thing we can do.

"For every young player that moves up a level, it creates an opportunity for a younger boy to stake a claim for a place in our teams and we've certainly got a young squad here in America - a lot of them are under 17 and some of them are even under 16."

For McParland, the success of the trip will also be measured by how the 18-man squad adapts to the different challenges and tasks that come their way over the next seven days - both on and off the pitch.

"Every trip that we go on and every tournament we enter is all about one thing - the players learning something new," he said.

"It's learning about playing against foreign opposition but also learning how to prepare for different types of games.

"They will be playing in front of different referees, against players from different footballing cultures and teams with different formations to what they are used to back home.

"It's very different playing Inter Milan than it is playing a team in the north of England.

"We've played Inter Milan in the NextGen tournament and all of the teams from Inter play the same way - they just want to defend, score a goal and then defend, defend, defend.

"That's great, though, because it gives our players something different to have to overcome.

"We'll also be playing teams from Colombia and Israel and they'll both be very different, as will the American team, so the players will have to face three different styles of football in four days. These boys are 16, 17 and 18 years of age so this will be a great footballing experience for them.

"Also, with it being close to New York, it should also serve as a fantastic cultural experience for them too.

"A lot of them have never been to America before so this is a great opportunity to develop their football skills as well as their life skills.

"On their day off, we're taking them to the 9/11 memorial in Manhattan to pay our respects as a club to the people who lost their lives. It's first and foremost a football education trip but culturally we believe it will benefit them hugely."

Follow @LFCUSA on Twitter for daily updates from inside the Liverpool U18 camp in Newark, New Jersey.