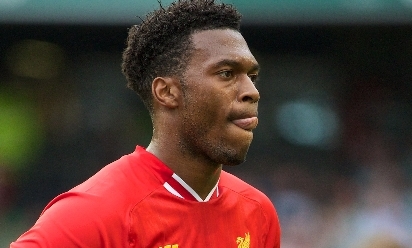 Toure: This week is most important

Daniel Sturridge made his return from an ankle injury as Liverpool ended their 2013-14 pre-season preparations with a 1-0 loss to Celtic in the Dublin Decider at the Aviva Stadium.

The striker made an encouraging 45-minute appearance after missing the majority of the summer as the Reds were unfortunate to lose through an early Amido Balde strike.

The clash brings an end to a highly impressive run of friendlies, with Brendan Rodgers' side emerging victorious in all six of the battles that preceded the match against the Scottish side.

Despite appearing increasingly comfortable in possession in the early stages, the Reds found themselves a goal behind against the run of play, courtesy of Balde.

The towering striker managed to knock the ball around Andre Wisdom before his side-footed effort ricocheted off the onrushing Simon Mignolet's trailing leg - unfortunately it wasn't enough to alter the direction of the shot as the ball bounced into the back of the net.

That proved to be the catalyst for a flurry of attempts from Rodgers' charges that forced Celtic custodian Lukasz Zaluska into a string of impressive saves.

The Pole initially anticipated the danger well to race off his line and block Philippe Coutinho's shot from close range before producing a much more eye-catching stop just a minute later.

Stewart Downing cut in from the right flank before sweeping an attempt that was destined for the far corner before Zaluska acrobatically leapt across to palm away the danger.

Glen Johnson surged forward in typical fashion and broke through Celtic's backline but was foiled when his low shot was met by the diving 'keeper.

Amid constant pressure from the Reds, Celtic forged an opportunity from which they failed to capitalise on the brink of half-time. A curling cross from Emilio Izaguirre presented Anthony Stokes with an inviting chance but the captain's header was tame and smothered with ease by Mignolet.

The restart brought the introduction of Sturridge after an ankle injury suffered on international duty back in May. The energetic forward nearly made a stunning impact immediately after he came on but his aiming was slightly wayward.

After receiving a pass in the area from Johnson, the frontman teed himself up for a powerful shot that he whipped narrowly wide of the far post.

Sturridge's admirable determination to make a difference unfortunately had an adverse effect soon after. The striker sped forward to meet Downing's cross but blocked Coutinho's path to the ball, resulting in both players failing to make contact with the winger's pass across goal.

Kolo Toure thought he'd levelled terms 10 minutes into the second period when he found the net from a Steven Gerrard free-kick. The Ivorian met the skipper's accurate set-piece with a glancing header past substitute 'keeper Fraser Forster but his hopes of a first Liverpool goal were dashed by the linesman's decision to rule him offside.

With just over 20 minutes remaining, a clever flick from Sturridge released Coutinho but the Brazilian rushed his 20-yard attempt as he sliced well wide.

Reminiscent of their displays together in the second half of the 2012-13 campaign, Sturridge and Coutinho came close to combining to devastating effect as the full-time whistle approached.

The 21-year-old chipped the ball over to the forward, and his lofted effort over Forster bounced wide before Sturridge nearly drew Liverpool level in stunning circumstances with minutes left.

The striker received possession before drilling an extremely well-struck 25-yard effort that soared agonisingly wide of the goalframe.

The Reds continued to press for an equaliser but couldn't quite find the goal that their performance deserved as they drew their encouraging pre-season to a close with defeat by the Scottish champions.