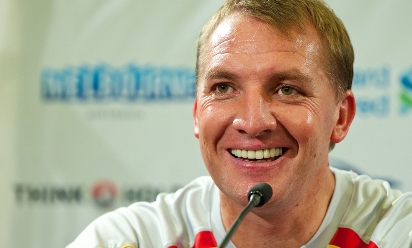 Rodgers: Suarez is in great spirits

Brendan Rodgers has revealed the positions he hopes to strengthen during the remaining weeks of the transfer window.

Speaking at press conference during the squad's first full day in Melbourne, the manager was asked which areas he was now looking to bolster following early deals for Kolo Toure, Luis Alberto, Iago Aspas and Simon Mignolet.

He said: "There are obviously certain areas of the squad where we're a bit thinner than others.

"We probably need a wee bit more support at the top end of the field and that's something we'll look out for.

"It's not really about numbers, it's about quality.

"That'll be mixed with needing cover in the left-back position - that's something we're looking at. And we want that extra bit of quality at the top end of the field.

"If we can do that over the next number of weeks we'll be happy."

Rodgers was asked for the latest on Pepe Reina.

"The latest was that there was an offer to take him on loan but that's something that hasn't been discussed any further."