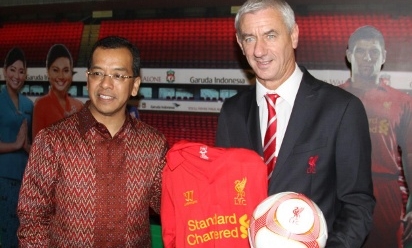 The Reds are believed to have more fans in Indonesia than in any other country in the world and today's launch of the 'Garuda Indonesia and Liverpool Experience' at the Garuda Indonesia Gallery in Senayan City Mall is the latest move by the club to help increase engagement with supporters in Asia. 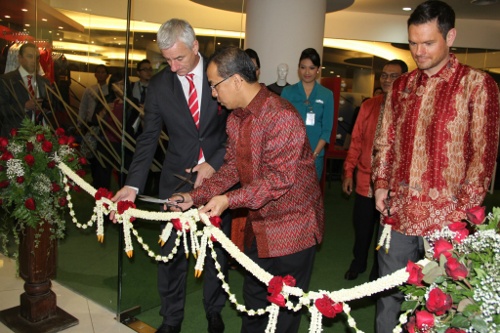 The move is also part of the airline's efforts to improve service towards its customers, notably those who are loyal LFC fans, and has seen Garuda Indonesia transform part of their ticket sales store in Senayan City Mall into a Liverpool-themed experiential gallery. The new venue, featuring LFC branding and life-size cut-outs of the players, will allow fans to watch LFC TV, the club's TV channel, get their face painted, enter a unique Anfield photo booth and buy official club merchandise without having to pay heavy import taxes.

The opening ceremony was attended by representatives from the club's management team as well as Garuda Indonesia president and CEO, Emirsyah Satar.

"As a player, I never got the chance to visit Indonesia with Liverpool," Rush told Liverpoolfc.com. "But I've been fortunate enough to visit this country on a number of occasions in my ambassadorial role for the club and I never cease to be amazed by the passion there is for the team. I've been all over the world with Liverpool and the fans here in Indonesia are as fanatical about the club as any I've ever met. It's not just the sheer size of the fan base, with millions of supporters all over the country, but how dedicated they are to following the fortunes of the club. They want to know absolutely everything about the club, from the first team to the youngsters in the Academy and even about the lives of the former players and the unique history of the club.

"Meeting the fans today, it was clear just how much the opening of this new experience means to them because it helps them feel closer to the club they love and for me personally, it was an honour to be invited over by Garuda Indonesia to help them launch the initiative." 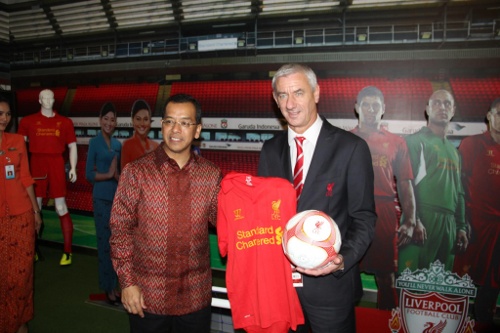 For Jonathan Kane, LFC director of international business development, today's launch event in Jakarta is further evidence of how the club is delivering against its objective of bringing the club closer than ever before to its fans all over the world.

"We are delighted to be able to have this presence in Indonesia," Kane told Liverpoolfc.com. "We have a very big and passionate fan base over here and while it's not possible for all of our supporters to make it to Anfield to watch a game, it's nice to be able to bring a bit of the club to them and thanks to Garuda Indonesia, we can now do that here in Jakarta."

Kanes's view was echoed by Garuda Indonesia president and CEO, Satar, who explained that this latest initiative with LFC is part of the airline's 'Quantum Leap' programme to transform the company into a global player. 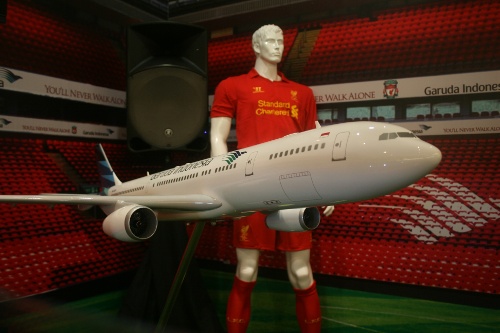 The 'Garuda Indonesia and Liverpool FC Experience' is now open in the Senayan City Mall in Jakarta.