A new song for Dirk Kuyt?

As we build-up to Sunday's Carling Cup final at Wembley we continue our countdown of five great Cardiff connections. Today it's a man who famously saved a crucial penalty from the great Billy Liddell.

Alfred Sherwood was a former miner who threw himself into everything. Especially sliding tackles. So much so, the Cardiff City man was known as the 'king of the sliding tackles'. Sir Stanley Matthews, on the other hand, knew him simply as 'the most difficult opponent I ever played against'.

Traditionally a full-back, Sherwood was encouraged to turn the occasional hand to goalkeeping after it emerged he was a keen basketball player. Substitutes were unheard of in those days, so in times of need, he would be nominated to step between the sticks for both club and country.

And he generally excelled.

His greatest keeping moment came on April 17, 1954 at Anfield.

The Reds were on the brink of relegation for the first time in their 62-year history and sat rock-bottom of the old Division One on just 26 points.

Middlesbrough were four ahead with two games remaining (only two points were awarded for a victory) and so defeat to the Bluebirds would almost certainly consign them to the English second division.

Things looked to have took a turn for the better, as far as Don Welsh's Liverpool were concerned, when City keeper Ron Howells fractured his thumb making a save and Alf Sherwood replaced him in the Cardiff net.

The Welshman started confidently, beating away several good efforts, however, Anfield erupted when the referee pointed to the spot, confident in the knowledge that Billy Liddell would step-up and take it. 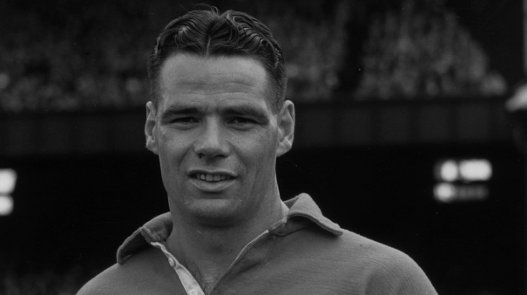 And against a novice keeper who had been drafted in from full-back, there was surely no-way Liverpool's great hero was about to spurn an opportunity that could spare his side relegation.

The Scottish international struck, Sherwood guessed right but pushed the ball straight back into Liddell's path. He fired the rebound goalwards but the full-back-turned-stopper hurled himself in the way to deny the Reds once more.

And as the thousands of Kopites traipsed out of Anfield that day, contemplating the prospect of demotion to England's second tier, the only name on anyone's lips was 'Sherwood' as they shook their heads with incredulity.

Liverpool went on to thrash Middlesbrough 4-1 two days later to give themselves a glimmer of hope, however, a trip to Bloomfield Road on the final day of the season ended in a 3-0 defeat and dispatched the Reds to division two.

As for the 'king of the sliding tackles', Sherwood went on to make 354 appearances for Cardiff and then a further 205 for Newport County. In 2006 he was inducted into the Welsh Sports Hall of Fame.