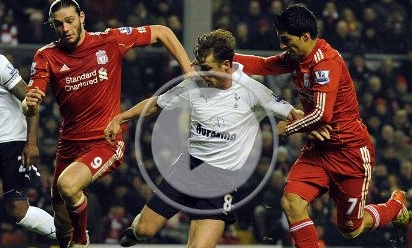 Liverpool had to settle for a point after a goalless draw with Tottenham Hotspur at Anfield on Monday night. Watch the action and post-match reaction now on LFC TV Online.

Simply click play to watch the highlights, Kenny's reaction and a post-match chat with Martin Kelly.