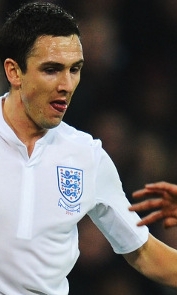 Stewart Downing excelled as England beat Sweden 1-0 in an international friendly at Wembley on Tuesday night.

The Liverpool winger was in fine form in the capital and set up the only goal of the game on 22 minutes when his cross was turned into the net by visiting defender Daniel Majstorovic.

Downing played the entire 90 minutes in London, while fellow Red Glen Johnson was an unused substitute for the Three Lions.

Elsewhere, Daniel Agger was on target for Denmark in a 2-1 friendly success against Finland. The centre-back netted in the 57th minute to restore parity at the Blue Water Arena, before Nicklas Bendtner fired the winner.

However, Dirk Kuyt couldn't prevent Holland from falling to a 3-0 defeat to Germany in Hamburg with the Liverpool forward figuring for 88 minutes.

Meanwhile, Sebastian Coates played the second half of Uruguay's 1-0 win over Italy in Rome, with Luis Suarez an unused substitute.