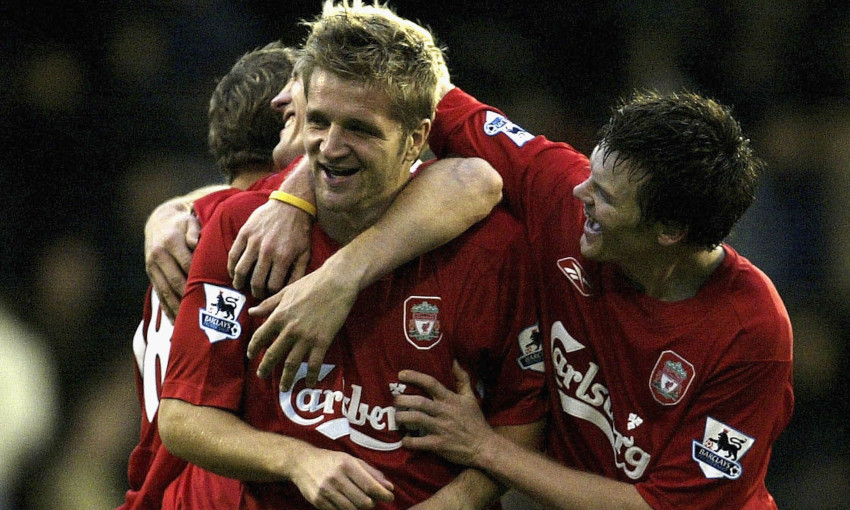 But it is indeed two decades since the midfielder made a sooner-than-anticipated switch to Liverpool midway through the exhilarating 2000-01 season that ended with three trophies and a Champions League qualification berth.

There would be highs and lows for Biscan and the Reds in the years that followed, but his spell on Merseyside ended in the finest fashion with an influential role as Rafael Benitez guided the side to an unforgettable European Cup triumph in Istanbul.

Liverpoolfc.com caught up with Biscan, recently installed as Croatia U21s manager, this week to reflect on those four-and-a-half years at Anfield…

It’s now 20 years since you signed for Liverpool. What are your memories of that time and how the move came about?

I remember I didn’t know Liverpool were after me, I was in some talks with some other clubs; not me personally but Dinamo Zagreb, which was my club then. I went to Amsterdam to visit Ajax, they invited me to come there to get to know the club. There were rumours they would buy me but in the end, when Liverpool made an offer that was it. That was the best offer for me and for the club and I made the decision. That was it. I was young, I didn’t really know where I was going and the stature of the club and the importance of the club and how big it really is because when I was growing up, in the media in that time some other clubs were maybe dominating and were more popular than Liverpool. So, to be honest, I didn’t really know how big it is.

Looking back at the games immediately after you joined, you pretty much went straight into the team. How hard was it to adapt so quickly?

It was difficult but the first few months, maybe because of the adrenaline and how big everything was and the games – suddenly you play against some of the top players in the world, against the top teams in the world, and you play with some great players, and the atmosphere and everything is just so big – you don’t think about tiredness or fatigue. The original plan was for me to arrive in England in January; my season in Croatia finished at the beginning of December and they told me they would give me a little rest because that’s what usually happens in Croatia and most of Europe. But as soon as we finished in Croatia they said, because of injuries, I need to go straight ahead to join the team as soon as possible. I played my last game – I think it was December 3 in Croatia – and a week after it was the Ipswich game, it was very soon. 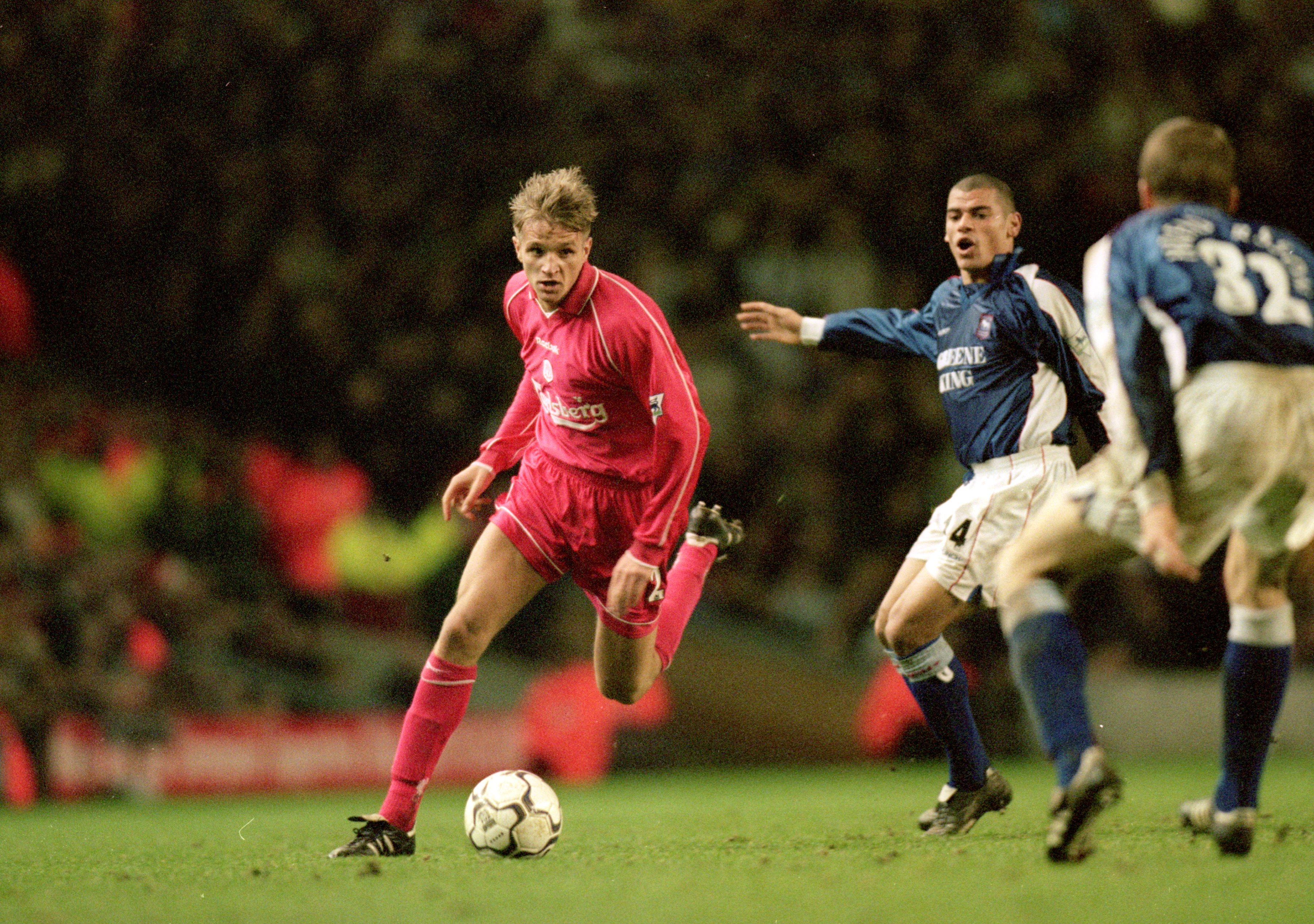 The first four or five games I was OK physically and mentally, but then I started to feel pain everywhere because the change of everything was just too big; the intensity, the physical demands were different to what I was used to in Croatia. I had some problems, if I can remember, especially my back was hurting a lot. Then I struggled a bit for the remainder of that season. But you cannot complain when you get a chance to play and that first season I arrived was unbelievable, we won almost everything and there was just no time to think about it because it was game after game in which you needed to win to progress and to give yourself a chance to win something. It was amazing.

How much fun was that season? It must have been a rollercoaster for you?

It was, of course, for everybody but maybe for me even more because I was really young, and to come from this league and this type of football in this environment to something like that, in which every game is just so big and the atmosphere of the fans and the importance of the games was big. But you don’t really think about it. Of course, I wasn’t playing all the time, but when you prepare for the game you are positive because your team is winning and everything around you is so positive, so it gets you through. In the end it was perfect, a perfect six months and season for us.

It was more difficult for you in the seasons that followed, was there a reason for that?

The main reason is that I wasn’t good enough, to be honest. It took me some time to really adapt and understand and find my place in the team, within the team in this type of football. It wasn’t easy and I didn’t play much. I just needed to change some things about the way I think about the game; then I did it and when I did it, when I changed some things, of course I still had to be patient and give myself a little bit of time. Then it was OK, I felt much better and felt I could play much easier.

How did things change for you when Rafael Benitez came in, because you played a lot and played in big games that year?

When he first spoke to me, he asked me which position I preferred to play and I told him I’d like to play as a central midfielder or defensive midfielder. Maybe that was the main thing for me, because I felt I could give my best in that position and it proved to be true. This season [2004-05] was really famous in the end; it was a special season, and for me personally as well because I would say that season was the only season out of the five I was there that I really, I believe, played the level at the top of my abilities. At least that’s what I thought. And I contributed the way I expected myself to contribute during the whole period I was there. Sometimes it just happens like this. Fortunately for me, I managed to reach at least that level of quality that I could play a part.

Were you disappointed not to get on in Istanbul, because you’d started all six of the knockout games before the final?

Yes, of course, it’s normal that you’re disappointed. But the game was too big for any selfish thoughts. So, inside yourself you feel a little bit disappointed but, as I said, it’s just too important a game to have any selfish thoughts or any type of thoughts like this. You want your team to win, your club to win because it’s the final, probably the biggest game in club football. You just don’t think in that way.

What are your memories of the celebrations that followed the game and the bus parade the next day?

Oh, it was crazy. After the last penalty kick… it’s difficult to explain because of the way we won it, not only this game – that game is a separate story and the most amazing one – but the whole season and especially in that competition, where we struggled a bit and it looked like we weren’t going to make it through the group stage. But once we managed to get from the group stage we just looked solid – very solid and tough. It looked like nobody would beat us. The celebrations in the stadium, after in the hotel and when we came back to the streets of the city, it’s difficult to explain really. It’s a blur, it’s so emotional – really, really emotional. Unbelievable. 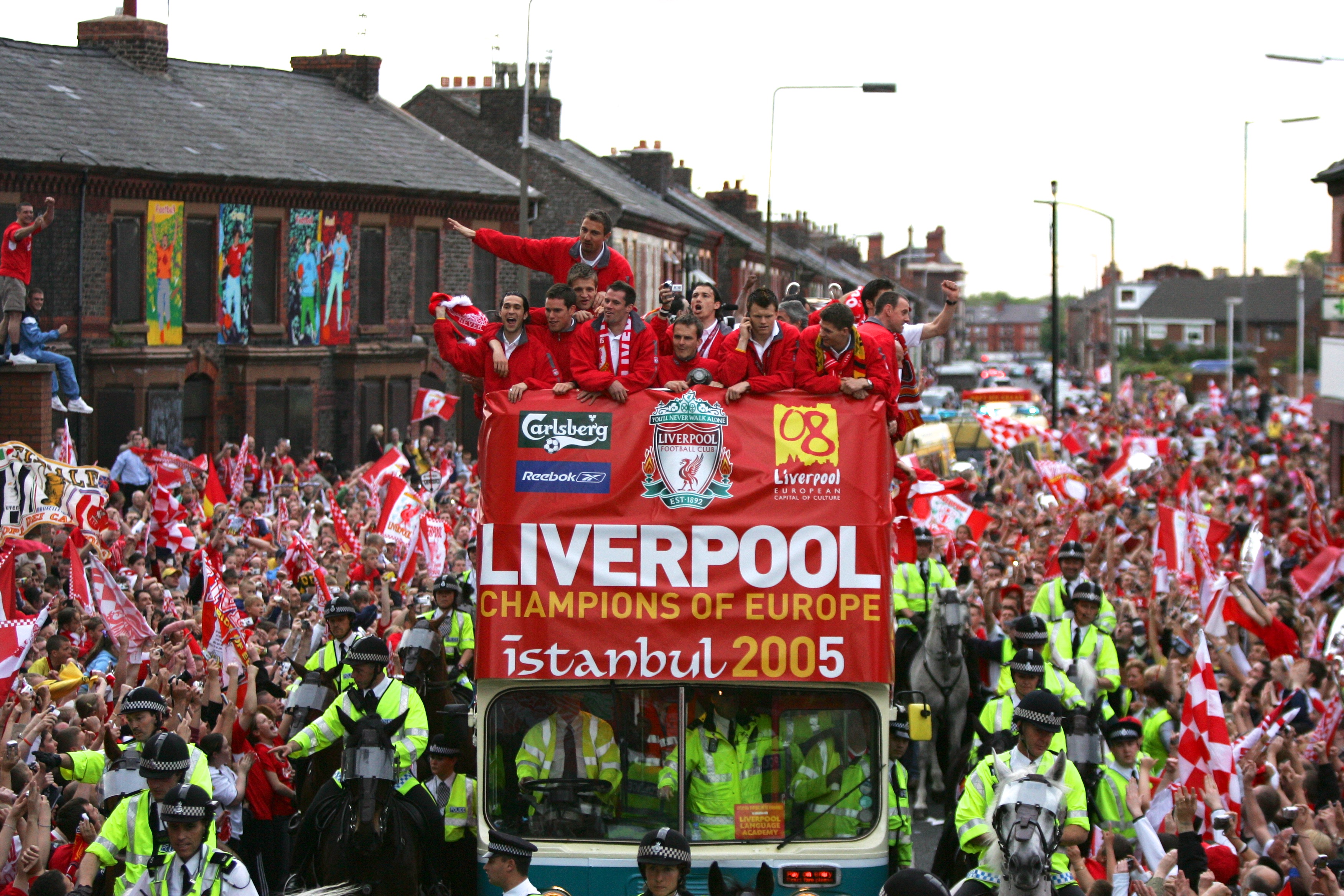 The Reds parade the Champions League trophy in May 2005

Do you miss Liverpool as a place?

Yes, of course. This is a place where I learned a lot and I owe a lot. You realise how big the club is and what qualities they teach you there; it stays with you for the rest of your life. I’m in coaching now and [there are] many things I learned there regarding work ethic, the way you treat everybody around you, the way you go about your job. Everything I learned there, with all the coaches we had, it will always stay with me. I’ll always be grateful and have so much respect for everything there – the club and the fans – because it’s just something special.

How is everything going for you in your latest job? You’re now Croatia U21 coach…

I just started. Now with this situation everything stopped. We were about to play Scotland away, that was scheduled a week ago. At the moment it’s a difficult, strange situation for national team coaches. But we will wait until everything gets back to normal. It’s OK; it’s a different job to club football. You have more time, you can spend more time with your family, you can spend more time going around watching games, thinking about football. It’s a nice change for me.

It has been a really positive start to your coaching career. What are your ambitions? What would you like to achieve?

I try to learn, just to learn. Every period of time that passes by, I try to learn more and be a better coach. It’s a very complex job. The results will say how good I am. So far with Croatia, so far so good, I would say. My intentions are to test myself on a high level so we will see.