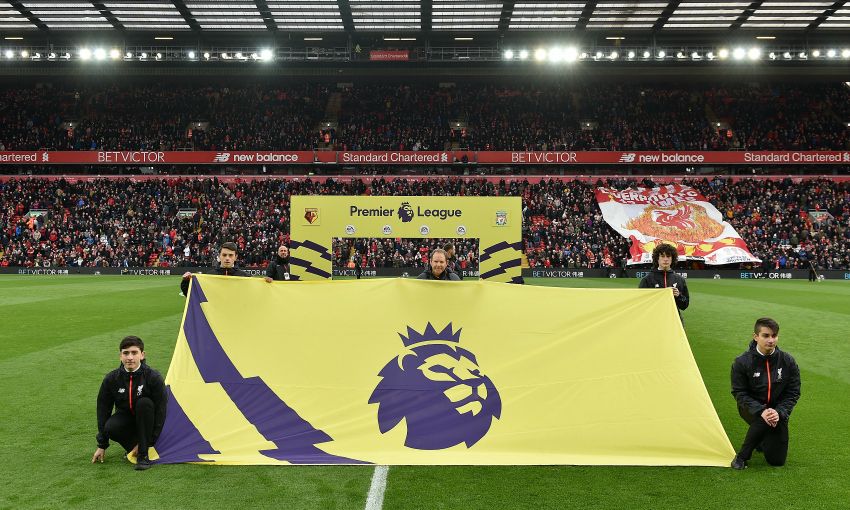 A huge Reds fan from Alsop High School has had a once in a lifetime match day experience thanks to LFC’s ticketing initiative.

John Johnson, 16, was invited onto the pitch at Anfield with three of his fellow pupils before watching Liverpool beat Watford 6-1 to go top of the Premier League.

John assisted the club’s fan support staff around the stadium prior to kick-off, before heading out onto the Anfield turf to help with the Premier League flag.

He said: “It felt brilliant as I don’t usually get the opportunity to go to the games.

“I enjoyed interacting with the fans and meeting new people before the game, and the atmosphere was really loud in the new Main Stand but my best memory was going on the pitch and being so close to the Liverpool players. I’m a big fan.”

The new ticket initiatives were launched at the start of the season in response to feedback from the club's Supporters' Committee and aim to give more local and young supporters the chance to experience a match day at Anfield.

The Fan Support Initiative - which runs at each of our Premier League home fixtures - will allow 14 young people from local high schools and community groups to receive a free match ticket after assisting around the stadium.

Additionally, children from five local primary schools will attend each home fixture as part of the Young Fan Ticket Initiative, which sees 55 tickets per game donated to schools in the L4, L5 and L6 areas. 25 schools in total will benefit from this scheme across the season, with over 1,000 free tickets donated.