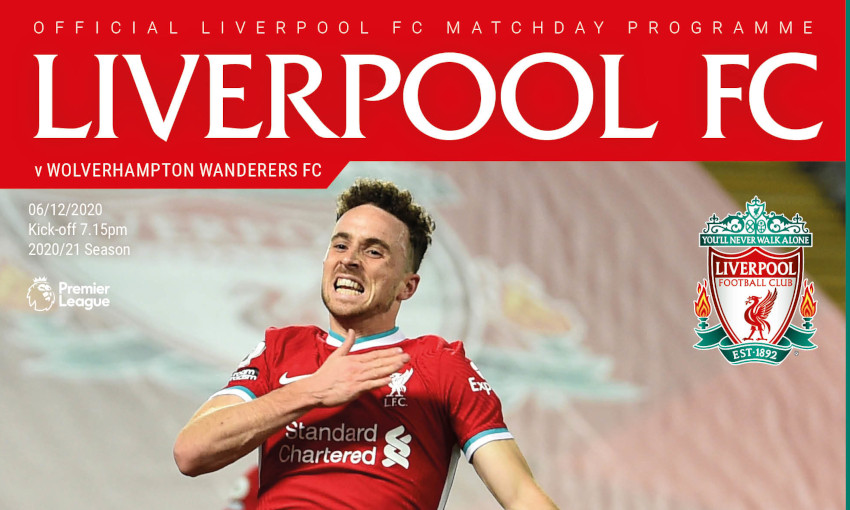 Liverpool host Wolverhampton Wanderers at Anfield on Sunday – and you can order the official matchday programme online now.

Diogo Jota is the cover star for the visit of his former club this weekend, and inside teammate Andy Robertson explains what the Portuguese foward has brought to the Reds’ dressing room as well as the pitch.

Also in this issue, James Milner explains how the squad have regrouped to combat fixture congestion and a spate of injuries, while singer-songwriter Chelcee Grimes reveals the story behind her track 'Liverpool' on the End of the Storm feature documentary.

The matchday programme will be available at club stores and at Anfield for the fans who are attending the game having been successful in the ballot, or as always can be ordered online for home delivery by clicking here. 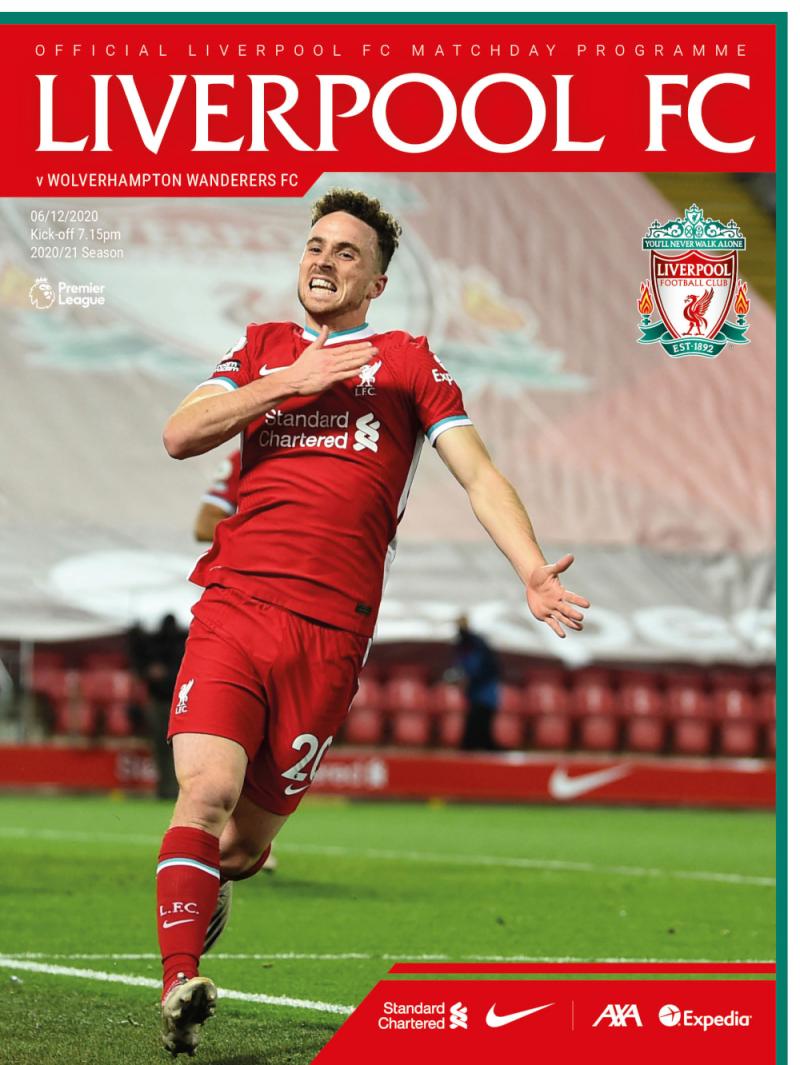