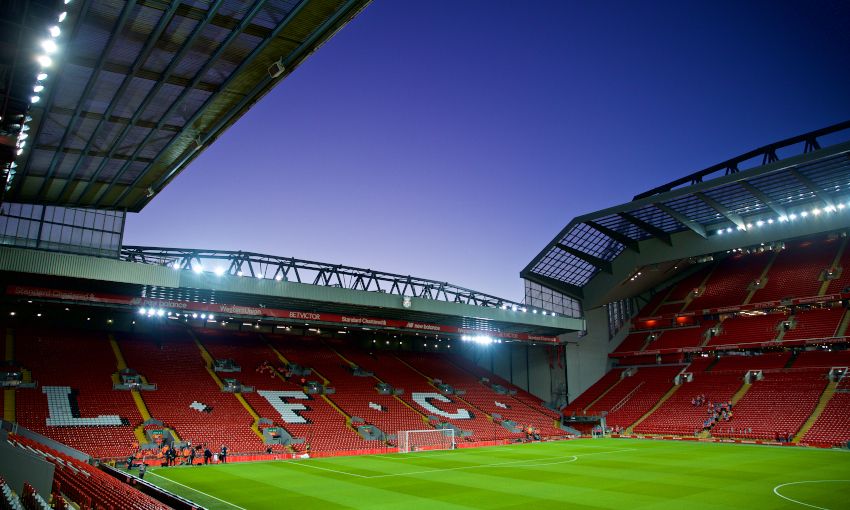 Supporters attending the latest fans forum have reviewed a revised version of Liverpool Football Club’s sanctions and investigations processes as part of an ongoing review.

The stadium fans forum, which took place ahead of the home game against Bournemouth on Saturday February 9, was attended by eight forum members and four representatives from the club. Given his previous involvement in the review, Spirit of Shankly chair James McKenna was also invited to participate. The meeting lasted for approximately 90 minutes.

The meeting began with an overview by chief operating officer Andy Hughes, who reiterated why the review was considered necessary and what progress he believes has been made. He said: “As a recap, it was clear that there were significant gaps in the process and that was something which we needed to address.

“The review into the process is ongoing and I think it is also clear that it is already much better but, equally, over the last six months we have also learned some difficult lessons which will hopefully stand us in good stead going forward.

“During that period we have had a significant step up in the level of activity by our investigations team and, although this work is absolutely necessary given some of the challenges we are facing, we are aware that we have made some mistakes.

“Some of the cases have been particularly difficult and there have been errors but the rate of error is low and we are aiming to be error-free because, obviously, that is in the best interests of the club and our supporters.”

He said: “As things stand, 970 individual accounts have been subject to investigation. Six of these cases have led to an appeal with a further two appeals to follow. Twenty of the cases have involved behaviour inside the stadium, shared between a small number of cases of racial discrimination, disability discrimination, missile throwing, drink-related disorder, and foul and abusive behaviour.

“By far the biggest proportion of cases has involved unauthorised selling of match tickets which has resulted in almost 650 accounts being investigated. In addition, a total of 1,190 accounts are currently suspected to have been harvested in order for tickets to be sold on the secondary market with 589 of these cases being the subject of a police fraud investigation.

“To put you in the picture as fully as I possibly can without compromising any ongoing investigations, we are aware that we have what I would describe as touting crack houses in the area. On top of that, a Northern police force came across an individual with access to 270 of our accounts and there was a separate instance in which an individual was found with 500 envelopes containing Members’ cards at a city centre hotel. The individual involved has been banned.”

Hughes said: “There is no question that Liverpool Football Club is one of the biggest targets for touts. The club has stated that it will do everything in its power to combat ticket touting and the figures and issues that Simon has highlighted underlines this commitment.”

Operations manager Michael Yorke added: “It is important to stress that in not one single case has a sanction been issued for someone innocently passing tickets on.”

Seeking clarification on the headline figure, forum member Goronwy Brooks asked how it has been possible to investigate and process 970 separate cases since the start of the 2018-19 season. Smith responded that the 970 figure related to the number of individual accounts that had been investigated and confirmed that in many instances they were investigated in multiples as that was how they were owned.

Senior solicitor Neil Morgan then outlined the new processes detailing the proposed changes that have been made to it since the stadium forum was last held. Reiterating that there has been a move away from suspensions pending investigations, Morgan stressed that the priority of the review has been to make the process ‘as robust and fair as possible’.

He said: “The most visible change to the document regards the language used. In the first draft, the relevant offences were listed in categories but we feel it more appropriate that they are listed in groups. Similarly, in Group D, which relates to the unauthorised selling of match tickets, the word ‘transfer’ has been removed because it was ambiguous and we did not want to worry about legitimately passing tickets on to friends and family.

“In terms of the process itself, it has three main stages. The first is obviously the investigation. The second is the sanctions panel with a key change being that anyone who finds themselves under investigation will now have access to information relating to the case at that stage. The third stage is the appeal and another significant change has been made in that area as we have now invited a senior representative from the Football Supporters Federation (FSF) to join the panel as an independent member.”

Brooks asked whether all of the available evidence could be made available to an individual who is under investigation. Morgan responded: “It will be all of the evidence subject to what we can legally provide as we have to adhere to data protection laws.”

McKenna said: “There is a balance to be struck as far as the process is concerned. I understand why you would not want all of the evidence to be made available before a case goes to sanction but there could and should be an intermediate stage.

“As it stands, it looks like supporters – and the club for that matter – are having to unpick certain situations that could have been resolved much earlier. There must be a compromise that allows evidence to be provided earlier and in doing so you might well reduce your own workload while also lessening the burden on supporters who, if armed with the relevant information, might well be able to prove that they have no case to answer.

“I accept there is a workload issue which has to be factored into your considerations but, when it comes down to it, that is either a resource issue and you need more staff in order to carry out so many investigations and do so thoroughly or else it underlines that you need to be more selective about the cases that you choose to investigate.”

Forum member Jayne Page said: “People who have made a mistake, particularly if it’s an unintentional mistake, will wish to come and defend themselves. Do you make this kind of recourse available to them?”

Responding to both, Hughes said: “We are going to do a resourcing review. Clearly it makes sense to do that, particularly given the volume of cases is so great. In terms of evidence, what information is made available and when it is made available, there are judgement calls to be made. As Jay rightly pointed out, it is about striking the right balance.”

McKenna said: “My concern in this process is not the guilty ones, it is the innocent ones, the people who have come to me and who have ended up with no case to answer.”

Hughes replied: “We are trying to find that balance. A revision of cases will help in this respect and Jay has privately suggested to me that a workshop in which we review some of the cases would be helpful. I agree with him on that and I think that would be a positive step forward.”

Referring to changes to the appeals panel, Morgan said: “We have added an independent member to the panel. There will now be four members, including three from the club, and in the event of a split verdict the casting vote would go to the independent.

“We have also changed the time period in which an appeal should take place. Instead of allowing the club 28 days to hear an appeal, it will now happen within 14 days in keeping with a proposal put forward by this forum.”

Forum member Frank Chart asked: “Given there have only been a total of eight appeals to date – and I’m sure we’d all agree that isn’t a high number – why can’t someone come in to have their appeal heard in person?” Page agreed, adding: “Where necessary you could always do it by conference call.”

Hughes replied: “Our position is that we operate a documentary appeal and that is consistent with the rest of the Premier League. It also adheres to the standard set by the Independent Football Ombudsman.”

McKenna said: “I don’t see why you say ‘Others don’t do it so we won’t do it.’ Surely as Liverpool Football Club you have the ability to come to your own conclusions and not just go with the crowd? In a workplace, you would have the opportunity to appeal in person and the same principle should apply to the football industry. I also think that sitting in the room with a person can actually defuse a situation because the individual has been able to have their say.”

Chart added: “Giving supporters the right to request a personal hearing but at the club’s discretion could be the way forward because I think everyone would respect that there may be instances in which this wouldn’t be appropriate.”

Hughes replied: “I accept the points that have been made and I will take them away with me. But I would also say that we have gone from nowhere to having a very strong process in a very short space of time and I would like to recognise the efforts of those on this forum and other supporters who have worked with us and helped us to reach this point.”

Chart said: “I agree that this is a step forward but I would suggest that as well as having a document that puts offences into groups it would be helpful if there could also be an accompanying flow chart.”

At the conclusion of the forum, Hughes agreed to hold a workshop at the next available opportunity at which a selection of cases will be reviewed.