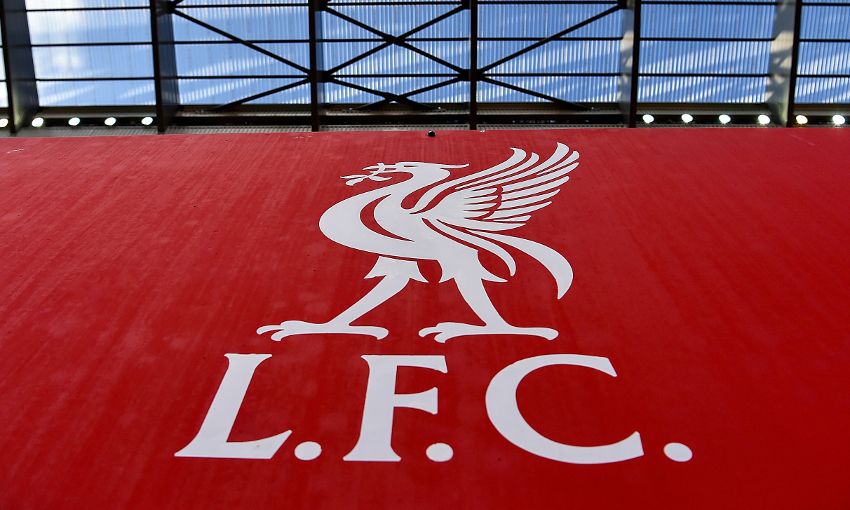 Supporters were provided with an update on the feasibility of redeveloping the Anfield Road stand during an inaugural meeting of the stadium Fans Forum which took place on Saturday April 14.

Attended by eight forum members, either in person or via conference call, and six representatives from the club, including chief operating officer Andy Hughes, the meeting lasted for 90 minutes ahead of Liverpool’s home fixture against AFC Bournemouth.

With the Supporter Charter and matchday atmosphere also on the agenda, James McKenna and Adam Kearns were also invited to attend as representatives of Spirit of Shankly and Spion Kop 1906 respectively.

The forum began with an update on Anfield Road by Andy Hughes in which the club’s position on proposals to redevelop the stand and increase capacity were outlined to those present. “Over the last three or four years there has been major investment in capital projects,” he said.

“This has included the new Main Stand, improvements in stadium accessibility and work on the new training ground and it has all been done in sequence which, in practice, has meant that we have deliberately tried to phase these projects for reasons of finance and resources.

“Our priority right now is the training ground, the contract for which is currently out to tender, and ideally work will begin on that project in July. While this process is continuing, outline planning permission for Anfield Road is in place and does not expire until September 2019, which is later than had been reported in some quarters.

“It’s important to stress that we are applying the same level of rigour to this process as we did to the Main Stand process but Anfield Road is very much a live process and we will look to vary the outline planning permission that we have if necessary.

“From our point of view, there is no shortage of time or effort that is being put into this project to make it as good as it possibly can be. The programme is on track and we are completely committed to this project. We definitely can raise the money and we are committed to finding the best possible answer, assuming it is viable from all points of view.”

Arguing that a redeveloped Anfield Road “needs to be more focused on ordinary fans” than he felt was the case with the new Main Stand, Adam Kearns urged the club to use any increase in capacity to make inroads on the season ticket waiting list rather than maximising any corporate offering.

That position was supported by forum member Daniel King, prompting Andy Hughes to confirm that “a major focus of the project is to increase general admission.” Forum member Jayne Page added: “You have to do this, there is no other option.”

Asked by James McKenna what the projections for capacity are, Andy Hughes responded “one of our main objectives is to maximise capacity in this design.”

Forum member Colette Armitage asked if it would be possible for supporters with autism to see what the changes to the stand will be in advance given the challenges they face, a request that Andy Hughes said would not be an issue. “We consulted with Liverpool Disabled Supporters Association (LDSA) on the new Main Stand and would readily do so again.”

In light of a number of recent incidents in which fans had been ejected from the stadium, the next item on the agenda was the suitability of the current Supporter Charter and the robustness of the appeals process that it allows.

Outlining the club’s position, Andy Hughes said: “Many aspects of the existing Supporter Charter are really good but some critical points are missing and I don’t think the appeals process is as clear as it needs to be.

“To that end, we are definitely looking to work on the fan charter throughout this summer and then come back to this forum with a proposal and, in the short term, we have addressed a resource issue which has allowed us to make some significant progress which has ensured parts of the process have already improved significantly.”

James McKenna was then invited to speak having been involved in discussions with the club about the current process and an ongoing review into it. “I met with Andy Hughes and Tony Barrett to discuss a number of issues that concerned us in relation to ejections and it’s good that the club has taken on board that there is a gap in the process,” he said.

“We need a process which allows fans to see what they need to do. That would stop the kind of negative reactions we have seen on social media recently because supporters will know that there is a robust process which, even if there are times when they disagree with it, would stop people from thinking decisions are being made on the hoof.

“The issue of someone using foul and abusive language, for example, is one that is clearly subjective and yet fans can actually text the club about this and someone could potentially be banned without due process. Clearly, that is not acceptable.

“We also need to know who is making the decisions and on what grounds and, furthermore, it needs to be set in stone that any supporter who is subjected to this process can be accompanied to any hearing.”

Andy Hughes replied: “Firstly, it is important to acknowledge how difficult the job of stewarding is and there are a significant number of cases in which our stewards do an excellent job. But, as has been said, we need a clearer set of rules which would make it easier for them to do their jobs and for fans to better understand what is required of them.

“Broadly we agree on this issue – the rules need to be better and clearer. The intention now is to come up with a proposal on this front by the end of the summer.”

At the outset of the discussion, forum chair Tony Barrett informed those in attendance that Adam Kearns had been invited in order to summarise the work that Spion Kop 1906 does to improve the matchday atmosphere and to examine any areas in which the club could support their efforts.

“We started off just buying flags with our own money because we wanted to make the atmosphere better,” Adam Kearns said. “We want it to be as good as it possibly can be, not because we want a pat on the back or anything like that, because we want to help the team in any way that we can.

“One final issue for us is the racks that we use to store flags on. There used to be two racks but now there is only one and it keeps snapping because of the weight of the flags. Can that be looked at?”

Forum member Frank Chart put forward a proposal that the club should fund any displays organised by Spion Kop 1906 but Adam Kearns insisted it is a priority for Spion Kop 1906 to retain their independence from the club.

At the conclusion of the meeting, head of stadium and operations Simon Smith agreed to meet with Spion Kop 1906 at a future date in order to address the problem with flag racks and also to discuss ways in which the club can work with them going forward.