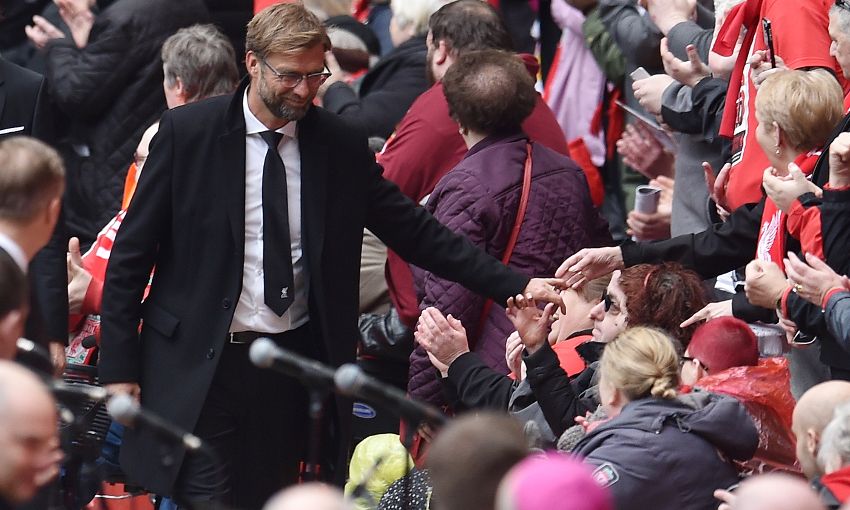 Jürgen Klopp reflected on the 'really emotional' experience of the final Hillsborough memorial service to be held at Anfield on Friday, the 27th anniversary of the tragedy.

More than 20,000 people joined the bereaved families, survivors and Liverpool FC’s players and staff to pay tribute to the 96 supporters who lost their lives on April 15, 1989.

“It was really emotional yesterday,” he said. “I obviously knew about this tragedy and yesterday was the first time [I’ve been] involved.

“For me, it was really, really special. I’ve only been here for half a year, so I cannot say it’s my story, but it’s the story of Liverpool and the city.

“To see how close they still are after this long, that, for me, is one of the most beautiful stories I’ve ever heard about. Usually as a human being, even when you hear about a tragedy and you are not personally involved you forget it pretty early.