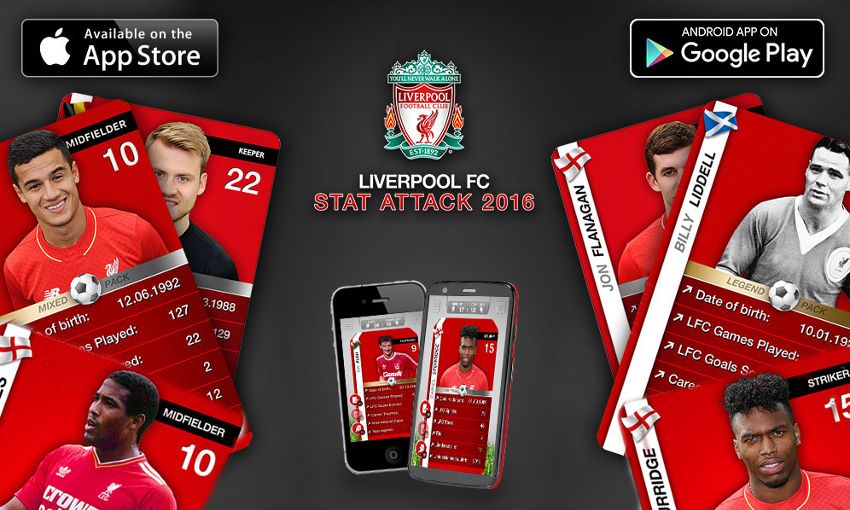 Think you know your stats when it comes to Liverpool FC players, past and present? Then put your knowledge to the test and beat the competition in a digital card game of skill, chance and luck with Liverpool FC Stat Attack 2016!

Who has played more games? Who has scored more goals? Which player has won more trophies? Prove your Reds knowledge is second-to-none with this fun, new app which brings a popular, traditional card game into the digital world.

Packed with many exciting new features – including the ability to use legendary LFC players – battle your cards against friends and other fans from around the world, or take on the computer, completing various achievements and climbing the leaderboard.

Will you become king of the cards with Liverpool FC Stat Attack 2016?

Compete in the Quiz Master Cup to win LFC prizes

Get ready for the Merseyside derby with the official LFC app