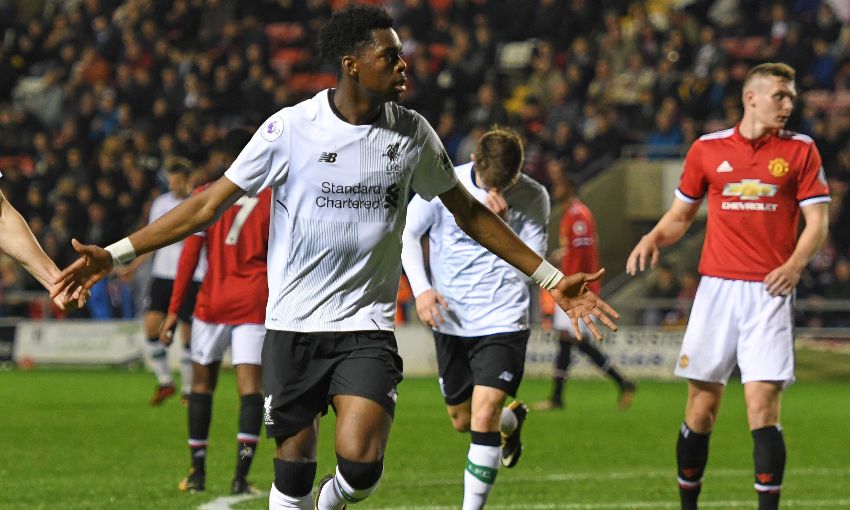 Liverpool U23s boss Neil Critchley has challenged Ovie Ejaria to add more goals and assists to his game in order to increase his chances of further first-team involvement.

Ejaria, who turns 20 on November 18, netted a brilliant goal for the U23s during Monday night’s impressive 3-1 win at Manchester United - his first of the current campaign.

And Critchley believes finding the net on a more regular basis will be important for the midfielder's senior prospects.

“Goals is something Ovie wants to add to his game so he has to put his talent into numbers in terms of goals and assists so he makes an impact on the game,” Critchley told Liverpoolfc.com.

“You know when he is faced with a defender, one-v-one in the penalty area, you sort of feel sorry for the defender because you know there is only going to be one outcome.

“Ovie knows he has got to do a little bit more in terms of his assists and goals because it’s a way of getting noticed and getting yourself into the manager’s thoughts.”

LFCTV GO: Highlights of the U23s win over Manchester United

After making his first-team debut at Derby County in the EFL Cup last season, Ejaria went on to make eight appearances before an ankle ligament injury brought an end to his involvement in Jürgen Klopp's squad for 2016-17.

The teenager returned to action just before the end of the season and, alongside fellow Reds Sheyi Ojo and Dominic Solanke, was part of the England U20 squad that won the World Cup over the summer.

Critchley is determined to now help Ejaria build on the promise he has shown during the first steps of his fledgling career.

“The management and first-team staff know Ovie has got a lot of potential and that’s why he has played for the first team and he’s been in and around it,” he added.

“We want him to get there on a permanent basis. It might take him a little bit of time and his pathway might be he goes on loan at some point as well to gain some experience, but I’m sure further down the line that opportunity will arise for him.

“Maybe then he will be a bit more streetwise, a bit tougher and he’s ready to take that opportunity. Ovie is a player who benefits from playing game after game.

“Most players feel like that as well and we are just trying to provide a platform for Ovie and challenge him to produce more, because there’s no doubting the boy’s ability.”