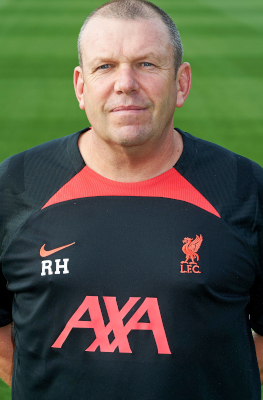 He has worked in several different departments of the scouting team since then and has a wealth of football experience.

Ricky has been a mainstay in north west junior football over the last 25-plus years, having spent time as a coach, club secretary, scout, league chairman and organiser of two major junior football leagues in Liverpool.

Before taking on the role of pre-Academy co-ordinator, he was previously the LFC pre-Academy South Liverpool area manager over the previous three years.