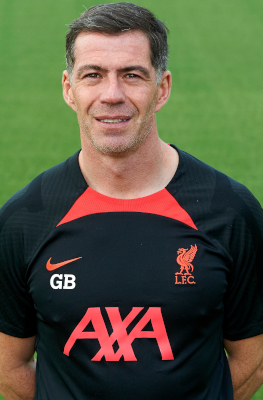 Gregg Blundell is part of the U18s physiotherapy team.

He qualified with bsc hons physiotherapy in 2007 from Salford University as part of the PFA scheme to help footballers with further career pathways and later completed a Msc in Football rehabilitation at Edge Hill University.

Gregg was a former Trainee and professional at Tranmere Rovers FC before playing for league clubs such as Doncaster Rovers, Chester City and Darlington FC.

Once his football career was over Gregg went back to Tranmere Rovers to become first team physiotherapist for around five seasons, before becoming a full-time member of staff at Liverpool’s academy in 2016.