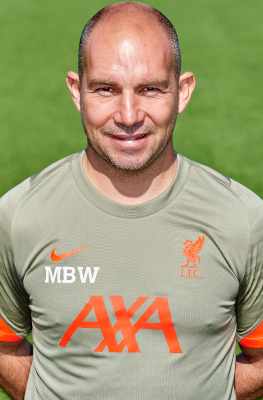 Marc initially joined the Academy in 2015 to take charge of the U14 team.

A former creative midfield player with almost 400 league appearances behind him, Bridge-Wilkinson had spells with the likes of Port Vale, Bradford City, Carlisle United and Darlington.

Previously before he moved to Kirkby, he spent the last three seasons working in Huddersfield Town's Academy across the age groups but predominantly with the U13 and U14s.

As a father himself and holder of the FA Advanced Youth Award he understands how to work with children to maximise their potential and comes to Liverpool highly recommended.

In July 2018, Marc took charge of the U16s following the promotion of Barry Lewtas to U18 manager.

When Lewtas moved up to take charge of the U23s, Bridge-Wilkinson became the new U18s boss.