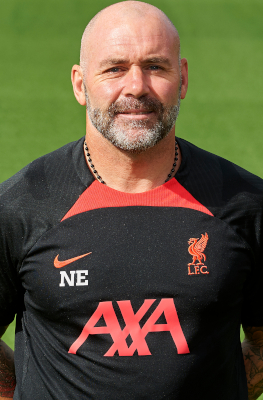 Neil Edwards is the goalkeeping coach for Liverpool's U18s.

He joined the Liverpool Academy after five years working at Bolton, where he was U18 head of goalkeeping coach, working with reserves and first-team players.

His coaching career had begun at Carlisle United, where he was first-team coach as part of Neil McDonald's side.

Click here to read more about Neil in our Behind the Badge feature.