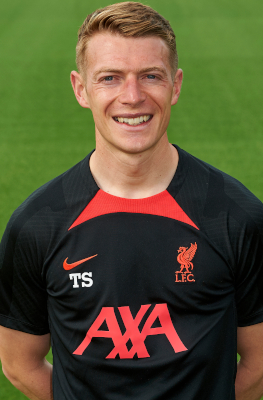 Ted Smith is responsible for planning and delivering the U18 scholar education programme.

Ted is also the co-ordinator of the sporting excellence professional apprenticeship that all U18 players undertake as an integral part of their scholarship programme.

In addition to this, Ted works alongside Academy education manager, Caitlin Hawkins, to design and implement a life skills and personal development curriculum that seeks to develop our players both holistically and professionally.​​​​​​

Prior to commencing in this role, Ted spent eight years as a PE Teacher in a large Merseyside high school.​​​​​​​

Alongside his full-time teaching role, Ted has been an Academy coach at the club since 2015 and continues in this position alongside his post as U18 Education Officer.