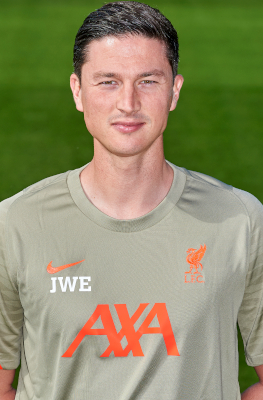 Josh Wesselby's role at the Academy is to coach the U9 team.

Within this role he had the opportunity to travel internationally, delivering the Liverpool way and giving fans the full Liverpool academy experience. It allowed him to mentor and coach in several countries including Singapore, Norway and the USA.

On a part time basis, he worked as a pre-academy and development centre coach, before moving on to assist with the Foundation main groups.

In 2016, he began studying a degree in sports coaching at Liverpool John Moore’s University where he obtained a first-class honour.

Before working for Liverpool FC, Josh lived and worked in Hanoi, Vietnam as the head coach for an academy team.

This involved managing and engaging with players of many different nationalities and cultures. He furthermore became involved with the Vietnamese National U16 set-up.

Commenting on his role with LFC, he said: "It's a real honour to be working for a club like Liverpool.

"To have the opportunity to guide each player to fulfil their potential is a truly rewarding privilege for me."