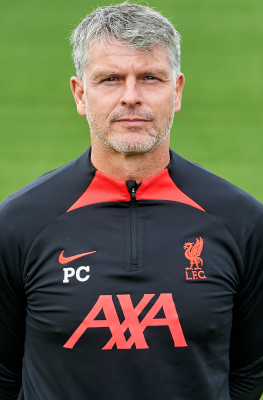 Phil Charnock joined Liverpool at the age of 12.

He made his first-team debut as a 17-year-old, becoming the youngest player ever to feature for the club in a European competition, against Apollon Limassol at Anfield on September 16, 1992.

After leaving he club at the age of 22, he went on to play for Blackpool, Crewe, Port Vale, Bury, Linfield and Ballymena and also non-league with the likes of Fleetwood Town, Leigh and Mossley.

Charnock returned to Liverpool's Academy to coach in 2012 and has worked across various age groups. He is currently with the U12s.