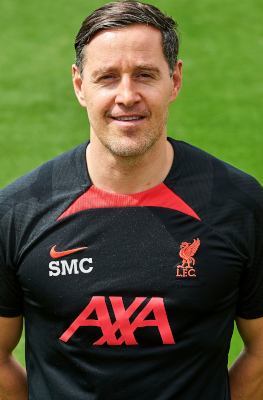 Scott joined the Liverpool first team medical department in December 2014 working with the first team on a full-time basis for five years.

In February 2019, Scott was appointed U23 physiotherapist.

Scott combines his physiotherapy role with the U21s (formerly U23s) focusing on rehabilitation and injury prevention.

Prior to joining the club, Scott worked for the NHS as a senior musculoskeletal physiotherapist, in private practice and semi-professional football after graduating from Salford University with a first-class honour’s degree in physiotherapy in May 2012.

In May 2020, Scott graduated from Manchester Metropolitan University with a MSc in Advanced Physiotherapy.