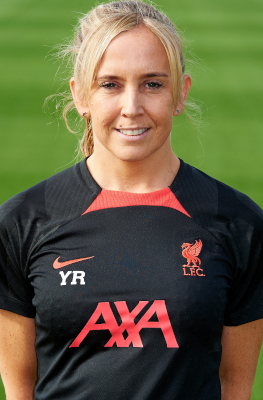 Yvie started off in the corporate world working in a variety of mechanical/chemical engineering companies in a secretarial and then later, a human resources capacity having gained a professional certificate in management.

In 2004, Yvie decided to further her education and studied an undergraduate degree in psychology at the Open University whilst working in education with young people who had been excluded from school, and also with providers of NVQ training in an effort to improve the skills and qualifications of young people and adults in the North West.

Alongside this, through her passion for running, Yvie also studied to become a fully qualified personal trainer and sports massage therapist enabling people from a variety of backgrounds to achieve their sporting/fitness goals.

Yvie then went on to study an MSc at Liverpool John Moores University and graduated with merit.

Yvie trained and worked for 3.5 years under the supervision of Dr Steve Peters (author of ‘The Chimp Paradox’), who has successfully helped numerous high-profile athletes reach their sporting potential.

During that time Yvie worked part-time as a performance psychologist for British Triathlon and para-triathlon as part of their Olympic cycle to Rio; she delivered leadership and management 1:1s for the senior managers of a number of corporate clients; and also worked with the GB Equestrian team as part of their selection process for podium potential riders.

Yvie has also successfully worked on a number of clinical psychology cases under the supervision of Dr Peters.

In 2013 Yvie joined Liverpool FC on a part-time basis as academy and first team performance psychologist.

Ahead of the start of 2019-20 season, Yvie went full time to solely focus on the academy as working with children, young people and parents is where her passions lie.

Yvie's role is to support the players with any personal, performance or well-being issues and is part of the Academy player care team.

She also works alongside coaches and the medical team to support them in getting the best out of the players. In addition to this, Yvie has led the development of a parents’ curriculum to better support academy parents, and will be spending more time with parents this season and beyond.

Yvie also started a professional doctorate in sports and exercise sciences in 2017 to further her knowledge and skills.

Aside from her academic achievements, Yvie is a keen triathlete and since 2012  has completed two Ironman triathlons, and numerous Olympic distance and 70.3 triathlons, including representing Great Britain at the 70.3 distance European Championships in Ibiza in 2018.

Click here to read more about Yvie in our Behind the Badge feature.