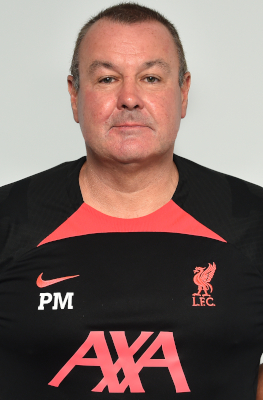 Paul McHugh joined Liverpool FC Women as a second assistant manager ahead of the 2021-22 season.

McHugh arrived with 30 years of experience in the women’s and men’s games, both in the UK and overseas.

He had spent the previous three years as assistant manager with West Ham United Women in the Women’s Super League, where he worked alongside Reds boss Matt Beard, with whom he also spent time at Boston Breakers in the USA.

McHugh also gained more than 15 years’ experience as a squad manager within the Newcastle Football Academy in his native north east, where he had also enjoyed a lengthy semi-professional playing career.

As well as the USA, McHugh has coached in Canada as assistant manager to former Newcastle United favourite Nolberto Solano.