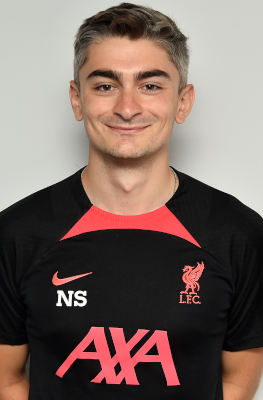 Noah Sansbury took up a full-time role as assistant performance analyst for Liverpool FC Women ahead of the 2022-23 season.

He works alongside Jordan Kevan in the Reds’ analysis department, providing data and video support to Matt Beard’s team.

Noah first joined the club in 2019-20 on a placement from Liverpool John Moores University, where he studied sport and exercise science.

He returned as an intern for the following campaign while also studying for a master’s degree in performance analysis at the University of Chester.

In January 2022, Sansbury took up his current role on a part-time basis and then became full-time as LFC Women stepped up to the Barclays Women’s Super League.