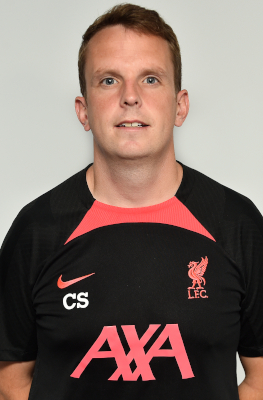 He joined the Reds from Women’s Super League side West Ham United, where he had worked for a number of years in a similar role, including two alongside current LFC Women manager Matt Beard.

A native of Kingscourt in County Cavan, Colm qualified at the Dundalk Institute of Technology before moving to London.

He spent six years in the capital working in a variety of sports, including rugby, Gaelic football, hurling and football.

He then joined Chelsea Women, where he worked for two-and-a-half years in their Regional Talent Club programme before making the switch to the women’s first team at West Ham.