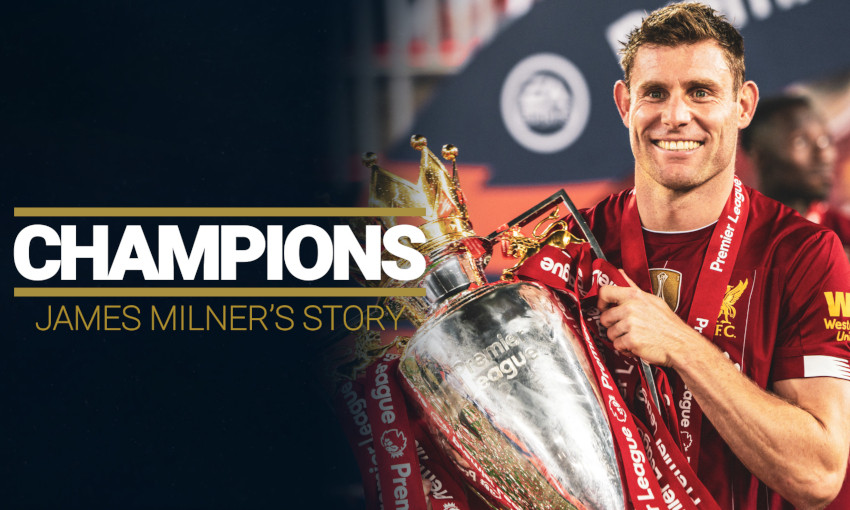 Joe Gomez interview | 'Honesty has been so important to our success'

It was a constant, nagging reminder for James Milner.

The Champions Wall at Melwood; a proud representation of Liverpool’s trophy-laden history but a canvas that could be reshaped and improved in the present.

Forcing amends to its list of the club’s major honours became a powerful motivational tool for Milner as he passed it in reception before training each day.

Four changes have been required over the past 14 months, with the most recent – the Reds’ coveted 19th league title – the sweetest of all for the vice-captain.

“It’s always special as it’s incredibly difficult to do,” said Milner of winning the Premier League, with a club-record 99 points, in his interview for our Champions series.

Watch our exclusive Champions interview with James Milner in full on LFCTV GO now. You can start a free one-month trial of LFCTV GO now and this can be cancelled at any time.

“But how long this club has waited and how desperate they were for it, you see the history, all the times they’ve won it before and the Wall of Champions. I’ve said a number of times to you guys how desperate I was to change the numbers on that board and to be able to do it a few times in a year is great and special.

“It’s special when you’re driving around the city and seeing the flags outside people’s houses and how much it means to everyone. It means a lot to us because it’s what we’ve been striving to achieve as a group.

“The fans have waited so long and you think of the different generations: people have seen it before and have been desperate for it to happen again; fans who weren’t born the last time it happened and have heard about all this success but have never seen it themselves.

“When you think about those generations, it does make it special and you feel proud to be a part of it.” 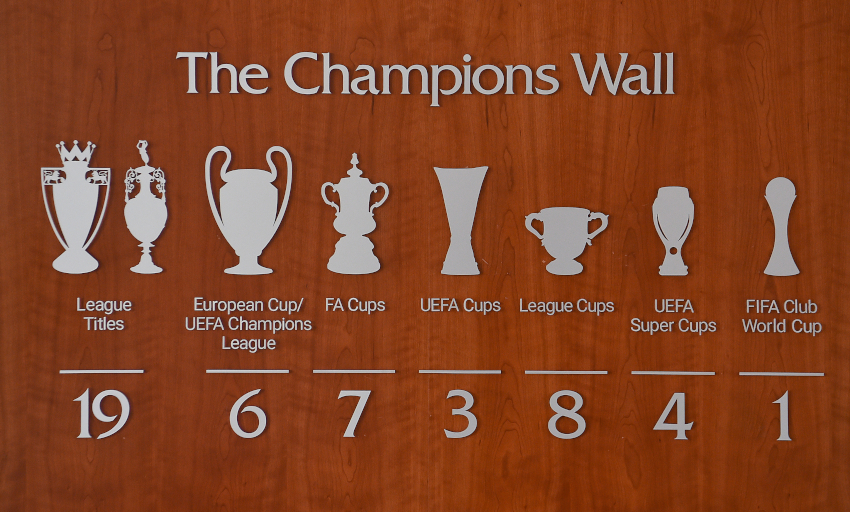 Jürgen Klopp’s side sent multiple records tumbling by virtue of their relentless form over the course of 2019-20.

At the end of a campaign that, due to an enforced pause because of the COVID-19 pandemic, lasted a fortnight shy of a calendar year, Liverpool commanded an 18-point advantage at the top.

That cannot be achieved, explained Milner, without a unity of purpose and commitment running throughout the club.

“It’s such a tough league; you’re playing different games: windy, freezing, roasting hot, you have suspensions and injuries you have to come through, games every few days, travelling back from Europe – there are so many things to deal with and so many things that can go wrong,” said the No.7.

“It takes a special group of players and staff to win a league title. Everything has to be perfect right from the top of the club all the way through, and it is a squad.

“The guys who haven’t even played a minute, you talk about someone like Andy Lonergan, who has been incredible for us this year: his attitude, how he is around the place and how he trained. There are guys who maybe haven’t played as many games but, when there has been an injury or they’re needed, they’re ready and there to go.

“The guys who are disappointed not to be in the team on a Friday, when we train the day before a game, their level is incredible and they push the guys who are starting all the way. That takes a special attitude as well. It makes it more special because everyone is so important to the cause, to be able to get over the line.”

Unsurprisingly, however, Milner tempers his satisfaction concerning last season with an insistence that the Reds will have no choice but to make further strides if they want to alter that Champions Wall again in 2020-21.

“I think it’s getting that balance right,” he added. “We have to enjoy it because we know how hard it is to win trophies, we’ve been very good to do it but also lucky to win the amount of trophies we have had this year.

“Trent [Alexander-Arnold] think it’s absolutely easy! He just turns up and wins trophies every year! But I can assure you, with the amount of years I’ve had in my career, it’s not that easy. The amount of training sessions in the rain, the times when you’re injured and that sick feeling you get when you lose a game or even a five-a-side at Melwood. We’re shocking losers, all of us. When you win something, you have to enjoy it. That’s what it’s all there for, that’s the hard work and you look at the teams you have beaten to get there – it’s an incredible achievement.

“But it’s a short career and you don’t want to waste a season or two seasons thinking, ‘We were that good a team but we took our eye off the ball and didn’t deliver.’ That would be criminal and something we definitely don’t want to look back at.