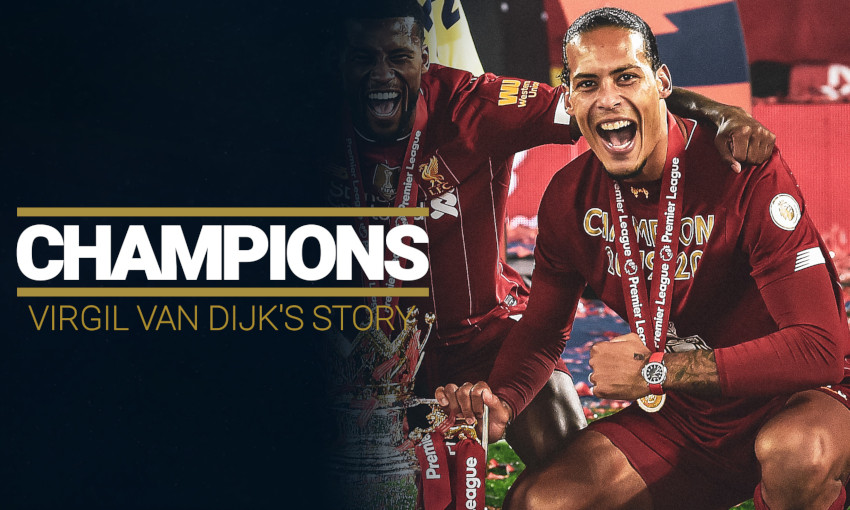 ‘Very special’ is how Virgil van Dijk describes the environment in which the reigning champions of England, Europe and the world work every day.

This season’s Premier League title represents the fourth major honour Van Dijk and his teammates have amassed in the last 14 months, following on from the Champions League, UEFA Super Cup and FIFA Club World Cup.

And the centre-back believes their success is built on the foundation of excellence that Melwood provides.

Watch our exclusive Champions interview with Virgil van Dijk in full on LFCTV GO now. You can start a free one-month trial of LFCTV GO now and this can be cancelled at any time.

“[It’s] a very special group. I think it’s very rare that you see a group of players that can actually get on with everyone, basically,” Van Dijk notes, when asked how he will look back on this squad in years to come during his Champions series interview.

“It’s very special and not only the group of players, the whole mentality of Melwood and everyone who is involved from the kitchen to the kitmen - everyone is a part of it. It’s all down to the manager, everyone is involved, and I think that’s a very special environment to be in.

“It’s down to the work we do on the pitch, at the end of the day, because you need to get results. But if everyone around us is on the same page, it makes it a lot easier to go to the direction we all want to go.

“I would definitely talk in the future about the spirit that we had, the hard work that we put in, the way we play, the intensity we put in the game and the quality. I think we have unbelievable players - that’s the way it is.

“We all know what we have at the moment: an unbelievable squad with players who, maybe, deserve a little bit more recognition. But nobody cares about that, we know that we have a fantastic team, amazing players, maybe the best manager in the world and it’s just incredible to be part of it.”

Van Dijk has been a colossal figure for the Reds since his arrival at Anfield in January 2018.

What, then, does it take to play for Liverpool Football Club?

“First and foremost, I am very grateful to be here and playing for this massive club with this group of players. To be able to achieve what we have achieved so far in my two-and-a-half-years here has been incredible.

“I won’t take that for granted at any point, ever, and neither should anyone who is involved in that as well. It’s just amazing to be here and to achieve these things with this group of players.”