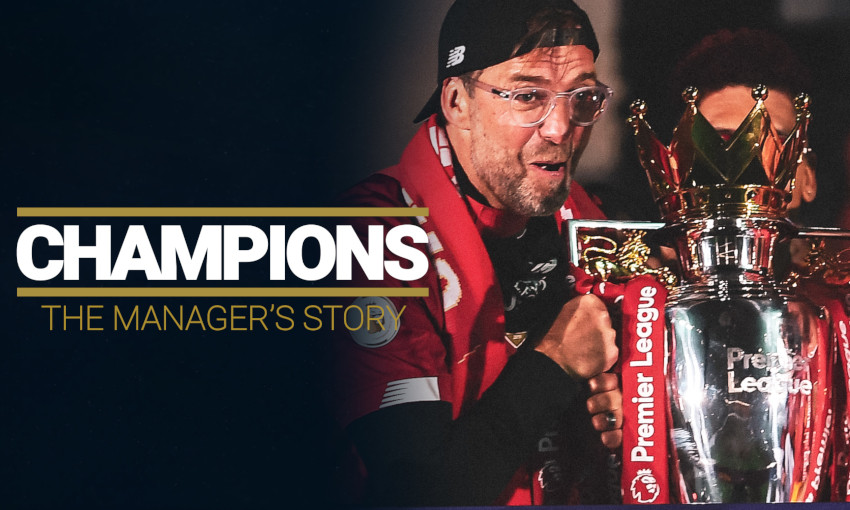 Jürgen Klopp insists Liverpool’s Premier League title success was only made possible by the positive atmosphere that’s been cultivated at Melwood.

During an in-depth interview with Liverpoolfc.com in his office at the club’s training ground, the manager underscored how the work carried out daily across a wide range of departments all contributes to the fortunes of the team on the pitch.

With the Premier League trophy glistening behind him, Klopp detailed why a photograph consisting of every player and staff member at the facility is taken each year.

Indeed, the boss is convinced the Reds’ success of the last two seasons would not have been achieved without everyone working together.

Watch our exclusive Champions interview with Jürgen Klopp in full on LFCTV GO now. You can start a free one-month trial of LFCTV GO now and this can be cancelled at any time.

He said: “Without that atmosphere it would not happen, that’s the best description. I don’t think it is coincidence that for two years we have made these photos with all the staff of Melwood and in these two years, we’ve started winning things.

“Now people could ask – and rightly so – why didn’t you do that from the first day when you came in? That’s the problem!

“A season is not 365 days, I don’t know exactly how many days a season is but it is long and we spend a lot of time together. On the pitch is only one-and-a-half or two hours a day; all the rest of the time we are more or less in this building together with these people.

“How can you have the energy for going again and again with all the setbacks you have – I don’t mean losing a final. Injured players is always a problem, but it’s always the wrong player on top of that. It’s like if you have four players for one position, none of them are injured. If you have two for one, both are injured. How can you keep the energy? It only works because we all give energy to each other.

“You go into the canteen [here] and it is like the happy place. Since I am in, I never experienced a bad mood in that area. And since Mona [Nemmer] is in charge, it is not only not a bad mood, it is a sensational mood; everything in there is like they are flying for us. That’s only an example.

“Coming in here, Carol and Caroline are obviously the most famous names in Liverpool and rightly so because they are the soul of all of this. It is just amazing.

“When we have the Christmas parties and we go there, everybody is there from Melwood and it is unbelievable. The cleaners, the gate guys, the security, they are all there and that makes this atmosphere.

“It is not a world-class football-playing side and some other people who give them some food to eat, or clean up when they leave the building. I like that, I personally want to have a workplace like this because I spend too much time here for getting up in the morning and thinking, ‘Melwood again!’ and that’s why we – all together – create this atmosphere.

“Years ago, we had some trips to Tenerife together and it was absolutely incredible. My wife is not at Melwood – and the players’ wives and the coaches’ wives, they’re not at Melwood – but she knows the whole kitchen team because we were there together in Tenerife and she likes that. That makes it all completely different and I really love that.

“We had a lot of good ideas in the last few years to create a special atmosphere and now we have it. Now everybody coming in needs to be part of it, but also wants to be part of it and they are open-armed, all of them.

“Ask Takumi Minamino. He came at the most difficult time, he was in for a few weeks and then lockdown happened. Sitting alone in a flat in Liverpool, that’s really not nice and I really felt for him – that’s why we let him go home for a few weeks, and the same with Divock. The others stayed here and had food delivered every day. Mona created a food-delivery service – it was unbelievable. Out of nothing, all of a sudden it was there. We needed it and Mona was doing it.

“All these things are so important and the boys appreciate it a lot, but they will really appreciate it in the moment when they are not here anymore because they will realise how it is out there in the world and not everywhere is as perfect as it is here.”

Klopp admits seeing the joy on the faces of his players and club staff is a source of huge satisfaction – or the ‘fuel in the tank’, as he puts it. 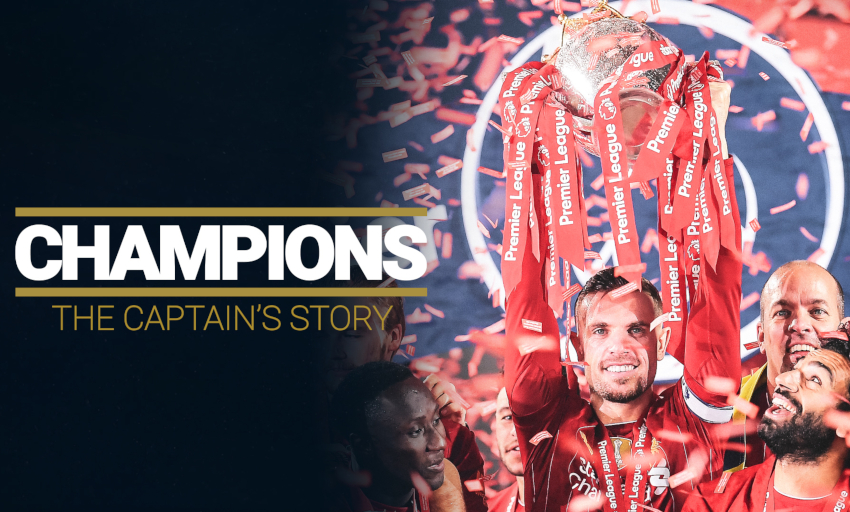 “That’s why I do it,” he said. “[Me and the players] created a really, really close relationship over the years. The relationship is clear – I like them more than they like me! Because I have to make hard decisions, that’s how it is. There are things I don’t like to do, but I have to do – so for me, seeing them like this means absolutely everything. It is exactly why I do it.

“It is the same to see my family that happy. When I met my wife and my sons after the game, they were completely… they lost it kind of! They were so happy. On the night Chelsea won against City, that night they were completely going nuts. And the boys [players] went nuts here. That’s really something.

“These pictures which I have in my mind I will never forget, I know that. I have still the pictures of the Dortmund moments in my mind and it is very special. My coaches jumped in the pool – thank God I was not there!

“They are such nice pictures and it is my fuel if you want, my petrol, that I get over the years that I can keep for a long time.”