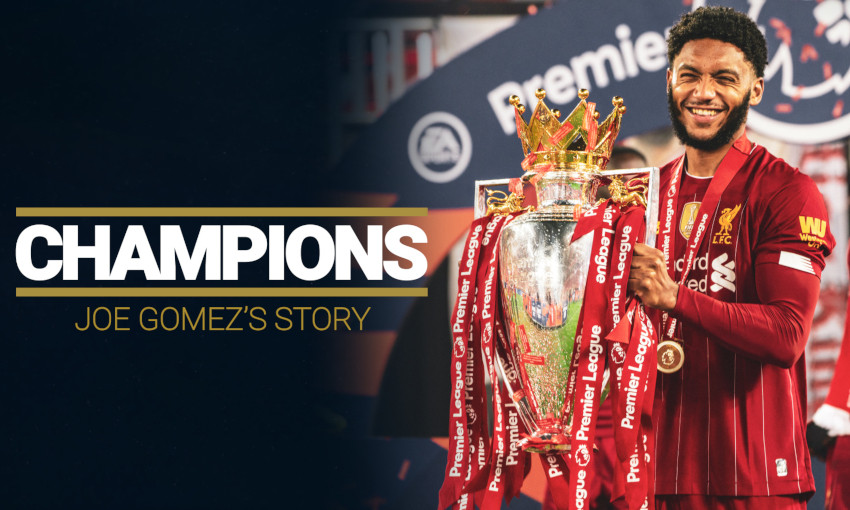 A shared sense of accountability has been at the heart of Liverpool's journey to becoming European, world and now Premier League champions, states Joe Gomez.

Time and again on the road to clinching the title in 2019-20, with a club-record total of 99 points, the Reds were forced to find their way out of difficult situations.

From comebacks and vital late goals within games to dealing with the loss of teammates to injury, all while handling the pressure of putting an end to a 30-year wait, Jürgen Klopp’s men hurdled every obstacle.

They did so in part due to the honest feedback each player is subscribed to receive and give whenever necessary, explained Gomez.

Watch our exclusive Champions interview with Joe Gomez in full on LFCTV GO now. You can start a free one-month trial of LFCTV GO now and this can be cancelled at any time.

“I think that’s what’s been the crucial factor in the success this year. There’s that level of accountability that everyone holds amongst each other,” said the defender in an extended interview for our Champions series.

“I suppose it has just naturally formed to a point where it is not taken to heart, people don’t take offence by it. You’ve got the leaders in the team – the Millies, the Hendos, the Virgils. Even one another; Robbo can have a go at me and say, ‘Come on, Joe, it’s not good enough.’

“It’s just a nice environment to be in where you can be honest and up front and say you should have done better. I have to take it on board, or lads listen. I think that’s what’s been so important this year, and that’s happened in games at times. That’s probably what’s helped us stay switched on.

“Or before games, it’s always never settling or never being satisfied or resting on our laurels. That’s what’s been so key to the consistency.”

Gomez made just one Premier League start until December but never looked back once he was given the opportunity to make the berth next to Virgil van Dijk in central defence his own.

His return to the XI coincided with a run of 10 clean sheets in 11 league games as Liverpool racked up an unassailable lead at the summit of the table.

The England international, still just 23 years old, actually started 21 of the final 23 top-flight matches and was a key figure in making Klopp’s side the meanest backline in the division.

Patience and preparation paid off.

“It was tough,” the No.12 reflected. “I mean, I never had a period probably that long whereby I was fit but not involved. But it’s part and parcel of being here and at a club of this stature.

“I had to just bide my time and keep working hard in training. It’s never easy as a player to sit out and watch from the sidelines for that sort of period of time but it’s part and parcel, like I say, of being here.

“Unfortunate things happen and players get injured, I knew it was important then at that point that I had to play my part. Obviously we were in a good place already at that point come December, things were positive, where we were in the league. I was eager to not want to let anyone down, or just continue that level and play my part.

“It was a tough time but it helped shape me in a different way to [how] the injuries have. I had to look at myself and really dig deep, and understand I’ve got to be patient here and take it from there.”