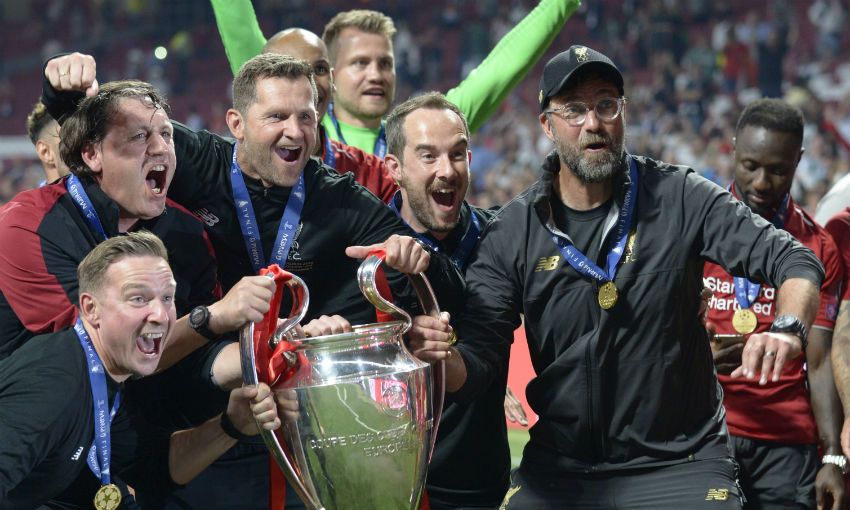 From the nutritionists that ensured Liverpool's players were fuelled sufficiently to the travel department that arranged hassle-free transport to and from Madrid, it's the team behind the team that can take some credit for the Champions League victory.

It's a monumental collective effort – but one that allows Jürgen Klopp's men to do what they are employed to do best.

Without it, lifting European football's biggest prize may not have been possible.

The environment that encapsulates Melwood and Anfield is familiar to Chris Kirkland. A former goalkeeper of the Reds between 2001-2005, Kirkland was also Liverpool FC Women's goalkeeping coach for part of 2018-19.

The 38-year-old believes Liverpool have got things right off the pitch as a result of joined-up thinking from the top – led by Klopp in particular – that filters down through every level of the club.

"Everything now for players is there for them," Kirkland tells Liverpoolfc.com. "They're the ones with the talent and they go out and do it on the pitch.

"The pinnacle is, yes, the first team – whether that's the women's or the men's – but to get that success that the first team have just had with the Champions League, everything's got to be right from all the way up.

"The one thing at Liverpool, they've certainly got that. You can always improve, yes, but we've got a man at the top now that demands that and we're lucky to have him.

"I can only see things improving over the next few seasons hopefully."

In his programme notes ahead of the final home match of the season, skipper Jordan Henderson paid tribute to the "unbelievable support network" that surrounds he and his teammates every single day.

Kirkland represented eight clubs during his 17-year playing career and is aware how even minor inconveniences can have a negative impact on the pitch.

He also knows the value of the hard work done at the club on a daily basis by unseen employees. Long-standing kit man Graham Carter is one example out of hundreds.

"You talk about the kit man, I know Graham has been at Liverpool for 30-odd years," Kirkland, who made 45 appearances for the Reds, continues.

"He's the first there in the morning and probably the last to leave late at night. People don't see things like that. Without those people, that club doesn't run.

"If he didn't put the kit out in the morning, the players would come in and wouldn't know what to do, 'Where's my kit?' and stuff like that.

"Straight away they're off on a bad note and they go out to training in a bad mood. People don't realise just what a big, big setup it is to get things right off the pitch for them to be right on the pitch."

'Brilliant Alisson Becker got better as the season went on'

'Improving Karius should be proud of his performances'

'To have Lallana back now is a brilliant boost'