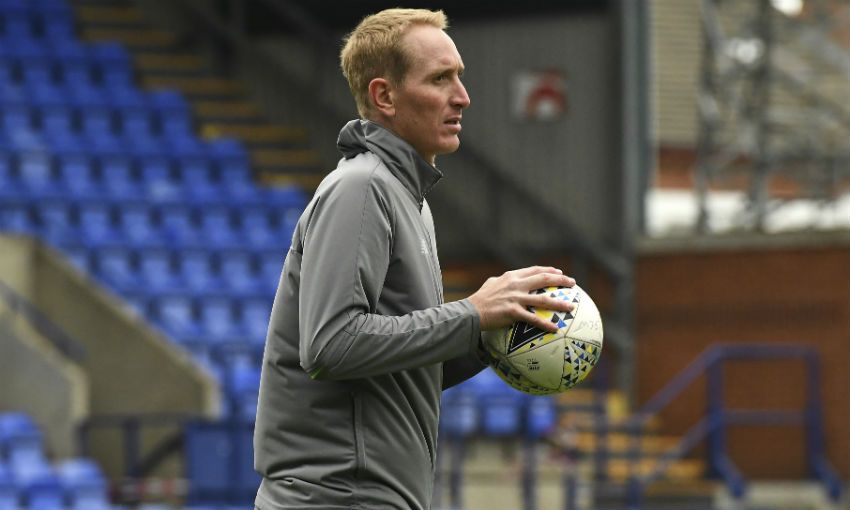 YAPA (‘You Are Perfect Always’) – the free social media platform where users convey their emotions and feelings to each other – is currently in the top 150 most popular apps on the App Store, having only been released at the turn of the year.

Averaging around 100 downloads per day and used in 60 countries, YAPA allows those struggling with their mental health to open up about their issues and help others going through a testing time.

Kirkland bravely revealed his own struggles with depression in October 2017 and believes the unique nature of YAPA, which he collaborates on with entrepreneur Jack Knowles, attracts people.

"No likes, no followers, no pictures – nothing like that. It's gone down great," the 38-year-old says.

"If somebody does send an abusive text then they're off straight away. There's protocols in for that.

"If somebody does send three negative texts about themselves then they get a call and text asking if they're OK and do they need help and stuff. There's obviously the local help button on there as well.

"It'll appeal to the people that have had enough of Instagram, Facebook and all that sort of stuff. This is for them definitely."

Communication – whether in person or electronically – is the first step to dealing with issues related to mental health, as Kirkland can attest to.

"I still have bad days now but I know what to do to put it to the surface," the retired shot-stopper, who made 45 appearances for the Reds, continues. "I was in a situation where I didn't think there was a way out at all.

"Luckily, I got that strength off my family. I had to talk to someone and as soon as I did, wow – I felt a huge difference straight away within the first couple of minutes after I talked to someone. It was a big, big weight off my shoulders.

"I'd just encourage anyone to do that, no matter who it is or what you think you've gone through. If you think you're ashamed or whatever, there's always somebody that's been through worse.

"One of my things now is when I don't feel great, I'll ring someone, I'll go for a walk or I'll go the gym. Because you can sit down and you can isolate yourself and it makes things a lot worse.

"I know now what things I need to do to just make yourself feel better, which everyone wants to do."

YAPA is constantly evolving and there will be an update next month which will see the app track what makes its users happy.

For example, if a user indicates via a 'Yap' that they are feeling low, then the app can respond with something it knows makes that person happy.

"It's incredible," Kirkland concludes. "The plans are to take it even bigger.

"It's gone worldwide now and there's a lot of people interested in getting onboard with their foundations.

"Particularly for Jack, it's just making sure he picks the right things to get involved with. Because the biggest thing we want is to help as many people as we can."

Chris Kirkland: I spoke out to help others struggling with their mental health