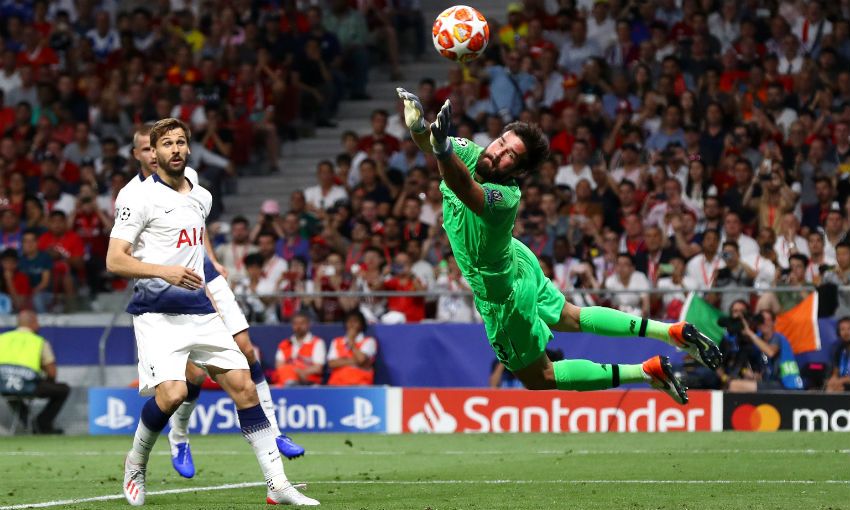 Chris Kirkland was taken aback by Alisson Becker's displays in training at the start of last season, but believes the Brazilian somehow managed to raise those levels.

Alisson ends year one on Merseyside in possession of a Champions League winner's medal and the Premier League's Golden Glove award for the highest amount of clean sheets.

Kirkland, who spent part of 2018-19 as Liverpool FC Women's goalkeeping coach, was present at Melwood shortly after the 26-year-old's arrival from AS Roma to observe his sublime stonewalling qualities.

"He's brilliant," the former Reds shot-stopper told Liverpoolfc.com. "I didn't see too much of him at Roma, but when he came here I watched him closely, watched training a few times.

"This was near the start of the season and he's got better as the season has gone on.

Indeed, behind Alisson throughout the European Cup-winning campaign was Simon Mignolet, who was lauded for his professionalism in serving as the ultimate back-up during a season in which he only made two appearances.

"Simon deserves a lot of credit because it's tough for him," Kirkland continued.

"But he's pushed Alisson, knowing that if he didn't perform then Simon would be back in – and the other 'keepers as well. That unit is brilliant."